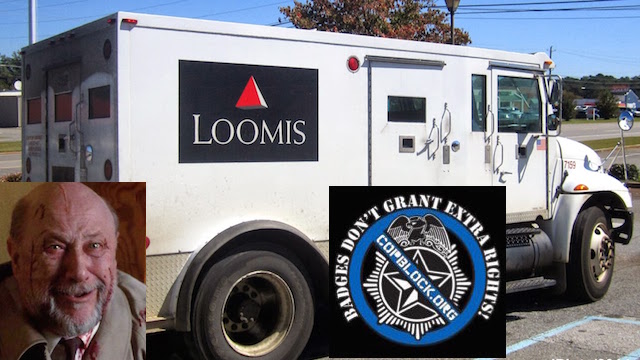 A former Houston Police Department Officer has been arrested for his role in a complex scheme to rob an armored car. Joel Quezada resigned from the department back in February after a meeting with police officials. Now he is being charged with multiple crimes after an investigation has indicated that he was not only involved in the robberies, but used police equipment and intelligence to do so.

The charges allege that Quezada accepted bribes in order to monitor police radios and relay information to the robbers while the crime was in progress so that they knew both the locations and possible response times of patrolling officers.

On December 6, 2013 a Loomis armored truck was parked in front of the UH Student Center. Quezada’s four accomplices were also there. As one of the employees was inside refilling an ATM, one of the thieves used a gun to force the driver, who was pregnant, out of the vehicle. The man filling the machine inside attempted to fire at his partners attacker, but failed to hit him and the heist-enthusiasts took off in the cash-filled truck. They transferred the money into two other vehicles and were able to make a clean get-away. However, in the next few months, all four were eventually arrested.

Quezada, 33, who had been with the department since 2008 as a traffic officer, lied to internal and FBI investigators about his role. Now he faces a trilogy of indictments — Extortion, Making False Statements and Concealing Information from federal agents. The Extortion charge has 20 maximum sentence and he faces up to five years for the other two counts. He is currently still incarcerated. A detention hearing has been set for Thursday August 12th, 2015.

I don’t have a lot to say about this one, to be honest. My sympathy for banks is not so great that my fucks feel up to being given. So instead I will leave you with these thoughts by comedian Dane Cook…

“There’s other things guys want besides sex. We’re just a little embarrassed to admit them, but I’m putting it out in the universe so you can respect us for who we are as men. For example, any guy here, more than sex, if they had the choice of sex or this one other thing, any guy here would rather be part of a heist…
…We wanna be a part of a heist, and then there’s something else that we want even more than the heist, even more than sex, any guy here would love to have a [pet] monkey.”

Imagine having a pet monkey you could train to throw poop at particularly nasty and disrespectful cops while you were out blocking/filming them.

Pffft…like they wouldn’t shoot it as soon as they saw it.

I saw Curious George winding up for stinky slider and I FEARED FOR MUH LIFEZ!