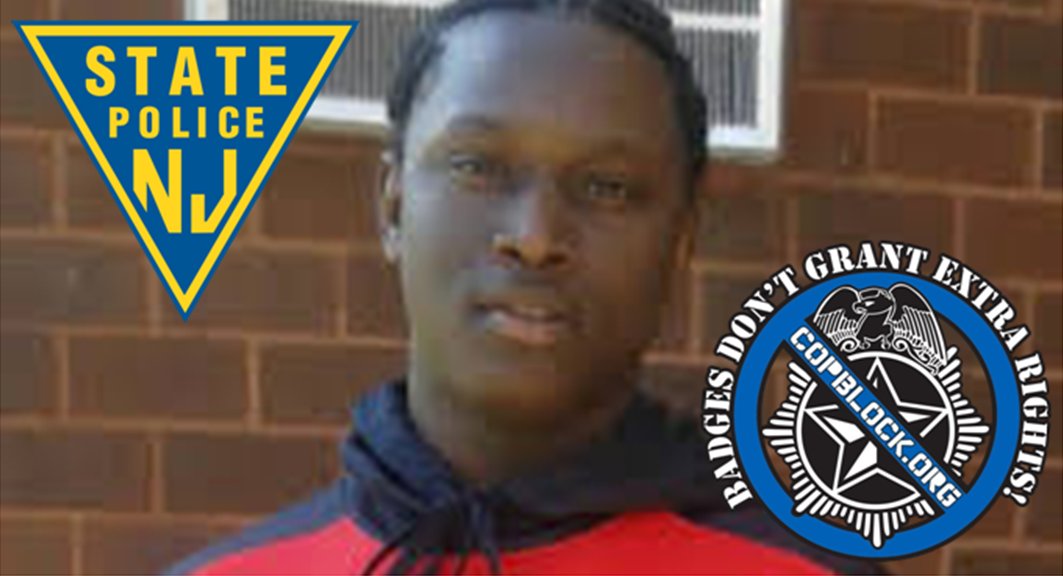 The state Attorney General’s Office says the officers were responding to a report of shots fired at the Prospect Village Apartments when they encountered three males walking on Louise Lane toward Calhoun Street at around 10:15 p.m. on Friday.

The three officers – who were driving an unmarked patrol car and were not wearing standard police uniforms – got out of the vehicle to question the boys when 14-year-old Radazz Hearns fled on foot, officials say.

Police maintain the teen reached into his waistband as he was running away so one of the troopers and the sheriff’s officer were forced to fire at least ten shots hitting him five times in the right leg, once in the left leg and once in his pelvis – where the bullet remains lodged.

Witnesses from the scene however are giving contradictory accounts.

Rhonda Tirado says she was sitting in front of her home Friday when she saw an unmarked gray minivan abruptly stop across the street and three police officers jumped out.

“Those police were amped and they didn’t give that little boy a chance,” Tirado said Wednesday. “There was no room for no chase. They just shot that little boy…”

Tirado said she didn’t see Hearns with a gun, and instead said – as he turned and ran – she saw the boy grab his red sweatpants in an effort to keep them from falling down.

A .22 caliber handgun containing three rounds of ammunition was recovered at the scene 12 hours later underneath a vehicle on Calhoun Street, officials say, because “darkness and the vehicle both impaired the ability of investigators to find it” – but an anonymous law enforcement witness who spoke with local reporters, said she found it suspicious that police didn’t find the gun until the morning after the shooting.

“They’re trying to tell us that there were all these people out here overnight and no one saw the gun in the street,” the woman said. “If they can’t find a reason to justify shooting that boy, they shouldn’t lie.”

It is unclear whether or not the woman works with either of the law enforcement agencies involved in the incident, but she added that she never heard any gunshots prior to the ones fired by officers.

In addition – the other witness – Tirado, said she saw the three teens pass her residence about 15 minutes before the shooting and remarked that they were laughing, joking and didn’t appear to be in a hurry – as if they were worried about having just fired a gun – before the police minivan stopped.

“I don’t think those little boys had no clue what was going on,” Tirado said. “I think they was at the wrong place at the wrong time.”

None of the unidentified officers involved were wearing body-cams, officials say, but the state trooper is on temporary administrative leave and the status of the sheriff’s officer is unknown.

“[Hearns is] lucky to be alive,” family lawyer Samuel Anyan Jr. said. “We’ll be seeking justice. This appears to be an unjustified shooting. Why [were they] trying to execute a 14-year-old boy? [Officers] don’t have the right to be judge, jury and executioner.”

“…Police officers are only allowed to discharge their weapon when they feel they are in imminent danger of bodily harm,” Anyan added. “You don’t deserve to be shot just because you’re running away. The eyewitnesses who were there said they never saw him with a gun.”

No charges have been filed against Hearns and the teen remains in stable condition at Capital Health Regional Medical Center in Trenton.