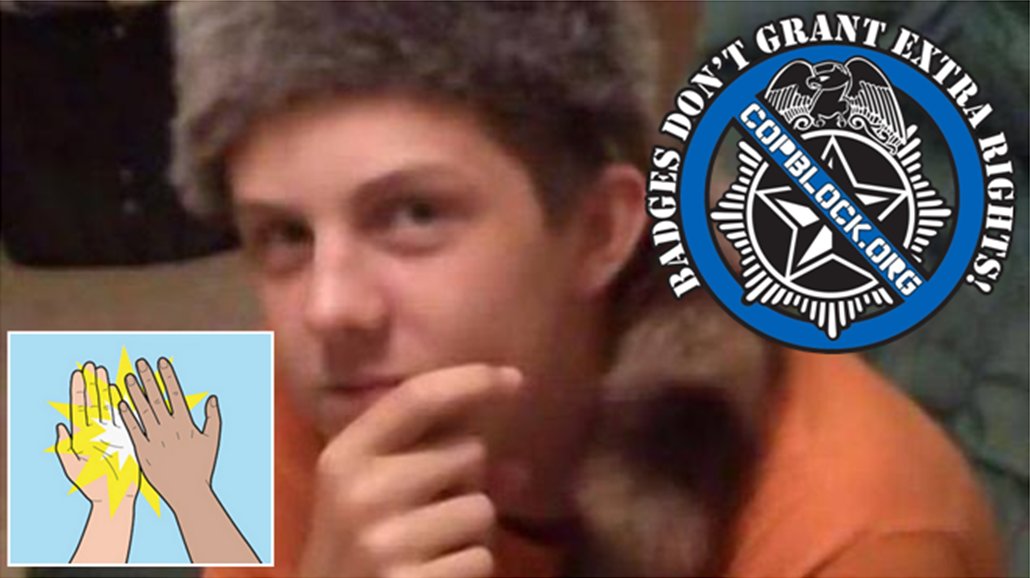 A witness saw Seneca, SC police officers celebrate the shooting of Zachary Hammond by “high-fiving” his dead body, a letter sent to the U.S. Attorney General and the FBI Director by family lawyers demanding a civil rights investigation, said.

The letter also claims a witness saw an officer pull Taylor ‘s body from his car and place something underneath it after the 19-year-old was killed in a Hardee’s parking lot in late July.

The teen was shot twice by Lt. Mark Tiller who claimed Hammond drove his car directly at him while he was attempting to make a petty drug arrest.

“The driver accelerated and came toward the officer. He fired two shots in self-defense, which unfortunately were fatal for the suspect,” Seneca Police Chief John Covington said.

“The findings are telling,” Hammond family attorney Eric Bland said. “They directly contradict the narrative that Chief Covington has tried to shape in this matter. It was deceptive to state that Zachary was shot in the ‘chest and shoulder.’ It did not give it proper context. It implied that the officer shot Zachary from the front. He did not. The shots were clearly fired from the side to the rear of the vehicle through [the] driver’s open window at close range.”

The shot(s) that killed Hammond were fired through the side window of the drivers side door. Let that sink in for a minute. How can you fire at a person through a side window if the car is positioned in such a way that is is aimed at you? Are police powers so great that the can defy the very laws of physics? Does having a shiny badge grant extra-natural rights and powers as well as legal ones? As you can see from the illustration, the angles at which one can reasonably be expected to shoot a bullet through a side window at the driver happen to be angles in which the car could not possibly be considered ‘aimed at’ the shooter. So either the officer has some supernatural capabilities with his weapon, or the Seneca police are lying.

According to the letter sent to the U.S. Attorney General, a witness claims “… the officer who opened Zachary’s door and pulled his dead body from the vehicle then went ‘to the trunk of his police car and pulled something out. The officer walked back over to the man on the ground rolled him over to his side, put something underneath his body, and then rolled him back.'”

A small amount of marijuana was reportedly found on Hammond’s date, but the letter adds, “…a police officer with a neighboring police force has confirmed to SLED that the Seneca Police Department celebrated the killing of Zachary by desecrating his corpse. After Zachary had been shot and killed, members of the Seneca Police Department lifted his dead hand and ‘high fived’ Zachary Hammond.”

Agents with the SC State Law Enforcement Division are denying formal requests to turn over body-cam footage of the incident before completing their investigation.

The case is under consideration for a federal civil rights probe and Officer Tiller has been placed on administrative leave.

“We just want answers,” Hammond’s mother, Angie Hammond recently said. “We have no clue as to what happened.”