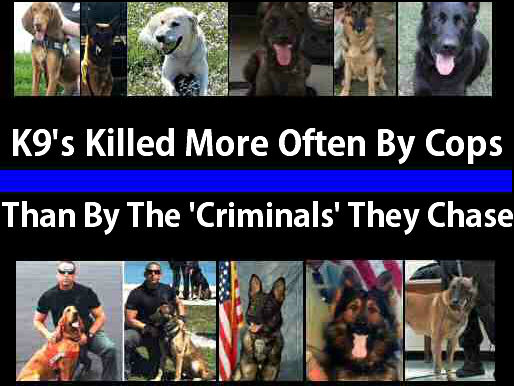 So far this year, at least 7 officers have killed their own K9’s by leaving them in vehicles with no air conditioning. One officer, as you’ll read below, somehow managed to forget about having TWO K9’s in his vehicle.  According to the Officer Down Memorial Page, at least 37 K9’s have died of heat exhaustion since 2001. Here is a look at the K9’s that have died this year after their handlers left them to die a horrible, excruciating death. (Out of the 19 K9’s that died this year, 2 were killed by other animals, 1 died in a vehicle accident, 1 drowned, 2 died during a fire, 1 was poisoned, 1 struck by a vehicle, and 3 died from gunfire – a total of 8 died of heat exhaustion).

For years, when a cop left their dog in a vehicle to die, they simply owned up to the fact they forgot about the K9. Now, it seems the phrase ‘malfunctioning air conditioning’ is the excuse. It’s almost comparable to the ‘excited delirium’ police use when trying to explain how an unarmed person in their custody dies mysteriously after being being or tased by an officer.

K9 Mason was left inside his partners police car for several hours, according to the Gulf Shores Police Department. Corporal Josh Coleman, along with the Gulf Shores Police Department, downplayed the dog’s death by saying that it wasn’t an ‘enforcement K9’, but rather the dog was a ‘community engagement officer’. Note: You will not find this dog’s name mentioned on the officer down memorial page.

K9 Wix, who according to the Brown County Sheriff’s Office, died as a result of a ‘malfunctioning air conditioning’. It seems that his handler, was ‘on duty’ at a PGA Championship in Kohler. Wix was specialized in explosive detection, and was contracted out for duty that day. Why the dog was left in the Deputy’s vehicle, and not out looking for explosives, is something the Sheriff’s department hasn’t commented on yet.

K9 Zeke died as a result of a ‘malfunctioning air conditioning’, according to the Sequoyah County Sheriff’s Office. K9 Zeke was left in his partners vehicle for over an hour while Officer Robert Allen was on the phone. When he went to the vehicle to check on Zeke, the K9 was dead.  The Sheriff’s department defended their decision not to have a safety system in place, which makes an audible alarm in the event of a malfunction, by saying “… the problem is that the equipment is nearly as expensive as the dogs. ” The temperature inside the vehicle was over 130 degrees.

K9 Nitro died as a result of a ‘malfunctioning air conditioning’, according to Stockton Police.  However, this particular police vehicle had safety equipment that was supposed to prevent this tragedy.  If that’s true, then only two scenarios are possible: (1) All systems failed or (2) the officer never turned on the vehicle/air conditioning. Supposedly, the K9 was only in the vehicle for 15. The temperature was estimated to be at 106 degrees inside.

K9 Jimmy and K9 Hector were left in an unattended vehicle for several hours and died of heat exhaustion, according to the Hialeah Police Department. 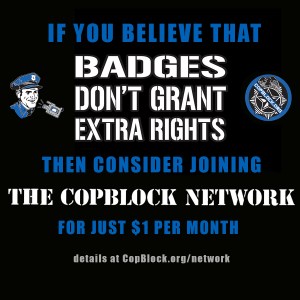 Officer Nelson Enriquez had went home early in the morning, only to remember the dogs were in the vehicle later that evening.  Though it’s hard to say what the temperature was inside the vehicle, historical weather data shows the temperature that day was 95 degrees. With no air conditioning running in the vehicle, and with the windows rolled up, estimates put the internal vehicle temperature at 140 degrees or more.

K9 Baston was left in a vehicle for several hours, as his handler got off work, went inside, ate dinner with his family, and then took nap. The K9 was left in the vehicle with the windows rolled up and with no air conditioning.  Savannah State University officials said that the K9’s handler had remembered the dog was in the vehicle, but decided to eat and hang out with this family first. There is no word on how hot the temperatures were inside the vehicle.

K9 Zane died from  heat exhaustion after being left in a vehicle for 7 hours. The officer only remembered the dog was in  his vehicle, when he returned to the patrol car to retrieve some paperwork, and noticed the dog’s lifeless body. The outside temperature that day approached 95 degrees, meaning the vehicle’s internal temperature was well over 100 degrees.

2.5k
SHARES
FacebookTwitterGoogleRedditTumblr
DiggLinkedinStumbleuponMailPrint
You Can Support Cop Block by shoppping on Amazon using the banner below:
BANNERS ARE CLICKABLE