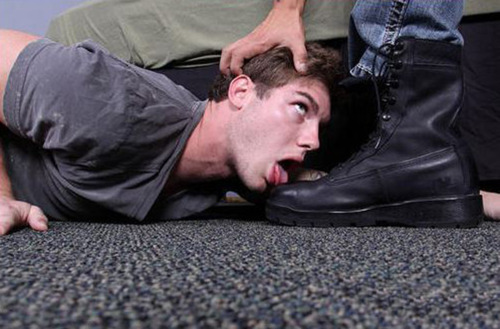 In an August 14, 2015 Dallas Morning News editorial titled “Here’s an idea: Try Listening to Police During Stops,” Michael J. LaRosa, an associate professor of history at Rhodes College, described being stopped “several months ago” by a DEA agent while LaRosa was driving on I-10 outside Houston, Texas.

By his own description, LaRosa was alone and driving eastbound at the posted speed limit when an unmarked SUV drove up beside him and signaled him to pull over. He complied and was ordered out of the car. He handed over his driver’s license, waited while the agent ran his license plate, and then was allowed to continue on his way.

Before moving on LaRosa asked the agent why he had been targeted and was told that his “out-of-state tag was suspicious and the I-10 corridor is used by drug smugglers. [The agent] also explained that I had ‘failed to establish eye contact’ when he pulled up beside me,” he says.

I’m a little surprised that LaRosa asked that much, but maybe he was just too busy giving the agent permission to search his trunk to think of any other questions. Here are a few he might consider asking the next time he’s pulled over without cause. He might ask why, given that citizens are still allowed to move freely between US states, there’s anything “suspicious” about seeing out-of-state tags anywhere in America; why the mere fact that criminals occasionally use the same public roads as law-abiding people should imply that anyone using a public road is automatically a criminal; and exactly how much eye contact is the correct amount to make with a random stranger who has not yet identified himself as a law officer.

Before getting to the details of his traffic stop, LaRosa begins the article by mentioning the Sandra Bland case and says, “I know a little about what Ms. Bland and countless other Americans have experienced.” He says this not to express outrage about his own baseless stop on a lame pretext, but to urge people to just tolerate such stops, keep their mouths shut, and live to drive another day. “Innocent people who are detained,” he says, “can avoid danger, arrest, and death by listening more and talking less.” “Talking less” in this context means “not daring to assert one’s rights.” It means servile acquiescence to arbitrary state power on pain of “danger and death,” by LaRosa’s explicit admission.

He does the requisite vaporing about the dangers of police work, “America’s firearms fixation,” the number of firearms in private hands, and what he considers to be the low starting pay of DEA agents, but nowhere in the article does this associate professor of history indicate that he knows what historically has happened to disarmed populations in other countries, nor indicate that he knows what is currently happening to disarmed populations in Africa, the Middle East, Eastern Europe, and Asia.

It is both insulting and irrational to excuse, as LaRosa does, the outrageous aggressiveness and arbitrariness of the police by pointing to the millions of law-abiding gun-owners while ignoring drug prohibition as the underlying cause of most of the country’s violent crime. Cops are not “heavily armed in direct proportion to America’s firearms fixation,” as LaRosa claims. They are heavily armed in direct proportion to the growth of overweening state power, a power which has increased exponentially as the government inserts itself unopposed into the lives of formerly free Americans, usually under the pretext of “safety,” an umbrella term that includes the pointless drug war. My suggestion to local and federal agents who are too timid to do their jobs honorably is to either find another line of work, possibly in accounting, or to think twice before they decide that “he didn’t make enough eye contact with me” is a good reason to instigate a potentially fatal encounter.

LaRosa makes himself feel a little better about his servility by saying that he was detained under the rules of a “Terry stop.” As described, however, his detention did not meet the criteria of a Terry stop, which requires reasonable suspicion of involvement in criminal activity that is nevertheless short of probable cause to arrest. “Reasonable suspicion” does not mean “guess,” “hunch,” or “funny feeling in my little toe.” It means that the police must have “specific and articulable facts” that a crime is being or is about to be committed. “Your car has Tennessee tags” is not a specific and articulable indication that a crime is being committed. Furthermore, the required specific and articulable facts must in aggregate point to a “totality of circumstances” that suggest criminal activity. To review, LaRosa was pulled over while driving the legal speed limit on a public road and was ultimately not cited for so much as a foggy rear-view mirror. By no possible stretch did that stop meet the standard of a Terry stop. LaRosa himself admits that it was arbitrary and describes it as “probably legal.” It was clearly unconstitutional and definitely immoral, but whether it was “legal” as defined by the increasingly supine courts is an open question.

The entire editorial is a disgraceful psychological confession of self-abasement and subservience, from the Euro-style disdain for self-defense to the excuse-making for fascism. Here’s an idea, LaRosa: Lick that boot.