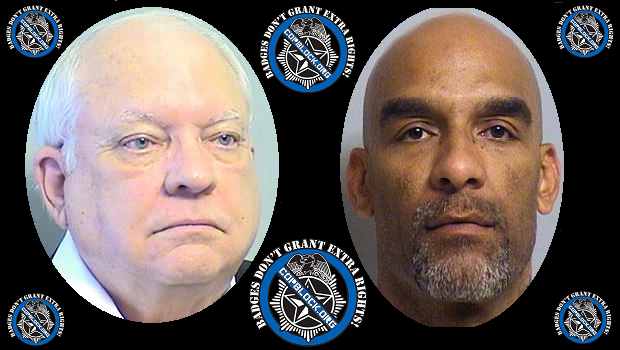 Tulsa County Sheriff Reserve Deputy Robert Bates, who was responsible for the murder of Eric Harris back in April, was apparently no stranger to the use of force. A newly released record from the grand jury probe into the Reserve Deputy Program has revealed that Bates was involved in six use-of-force incidents in the five years prior to the events earlier in the year.

The report indicates that since 2010 Bates fired a handgun twice, a pepper ball gun twice and used a Taser once. In another incident he drew his gun but did not end up firing it. This include his most recent, well known and final uses of force in the killing of Eric Harris.

Another known use of force was on Terry Byrum, who in February of this year was tased by Bates after a traffic stop while on the ground and hancuffed.

In another use of force Bates fired several rounds of pepper spray balls into a residence while trying to remove a subject during a search warrant. During another search warrant for narcotics he pulled his gun on a suspect attempting to flee.

Two other uses of force include firing his gun at a pitbull during a ‘confrontation’, and firing two pepper ball rounds at two pit bulls, both incidents during seperate occasions while serving warrants.

Bates attorney, Clark Brewster, claims that these numbers are not alarming considering his work with a drug task force in a “drug-plagued” area, and gave the following statement.

“If you looked at the hours worked and the nature of the investigations that he was helping in, I don’t think that would be a number that would be alarming.”

Bates has pleaded not-guilty to second degree manslaughter charges in the killing of Harris which he will go to trial for with a jury next year.

Bates, a reservist who was a former successful  insurance salesman, friend of the sheriff and major money contributor to the Sheriff’s Office, was one of thirteen reserve deputies on the Tulsa County Sheriff’s force. Between them there were 54 reports of use of force, meaning that Bates use of force was above average.

Whether or not Bates use of force in those other cases was justified or not, his killing of Eric Harris left no doubt in much of the public’s eye and served to intensify the scrutiny and criticism American police have received in the past year during a large run of high profile office-involved homicides. Now it will be up to our equally broken justice system to decide if he will face any real consequences for his actions.