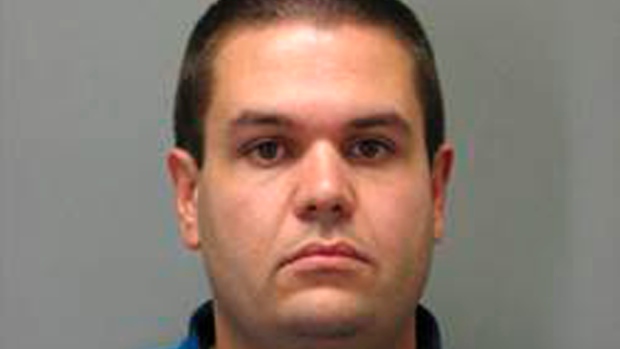 Yesterday history was made for the second time in the John Geer case. The murder of the unarmed father of two by a Fairfax County cop had already resulted in the largest wrongful death settlement for an officer-involved shooting in Virginia history; With yesterday’s 2nd degree murder indictment for Adam Torres, it also marks the first time a Fairfax County police officer has been indicted for such a crime in the department’s entire 75 year existence.

We’re still a long way from a conviction, and can only watch and wait to see if 12 people of good conscience make their way onto this jury and deliver the conviction this case demands, but this is still so much farther than we’ve ever come before. And we are going to relish the hell out of this moment. It took an enormous amount of hard work and perseverance to get to where we are today, and all the people who protested, gave public comments, and collectively wrote thousands of online comments, letters to the editors, and op-eds should bask in this moment, because none of this would have been possible without sustained grassroots activism from the community.

The Washington Post, usually reliable for insightful and accurate reporting on the John Geer, totally missed the boat on the vital role played by community activists:

It’s worth noting that the decision to call a grand jury to examine Mr. Torres’s actions in the Geer case came about only after months of pressure by a judge, a U.S. senator, local elected officials and the media.

The judge’s order to release documents in the case was a tremendous factor in getting movement on this case, and Senator Grassley’s inquiries helped highlight the shameful lengths Fairfax County officials had gone to stonewall in this case. Likewise, reporters Tom Jackman, Mary Kimm, Tim Peterson, Michael Pope, John Lovaas, and Dave Statter all have a proven track record of covering the culture of corruption within Fairfax County that has enabled killer cops to go unpunished. Their relentless and stellar reporting in this case broke new ground, especially when compared to their egregious colleagues who still falsely characterize a mortally-wounded man shutting his door as a “barricade situation.”

However, one of these is not like the others. The Washington Post has publicly blasted Fairfax County’s elected officials for their inexcusable silence and dereliction of duty in this and the Natasha McKenna case, and exposed their collusion in attempting to keep a prominent civilian oversight advocate from getting a seat on the hastily-formed, law-enforcement-loaded ad hoc commission to review police policies and practices, so it’s completely baffling that they now credit these same officials. Every positive move forward these officials have taken is because the public has been holding their feet to the fire the entire time, making it known in no uncertain terms that no longer will they tolerate these murders and cover-up attempts.

If you need more evidence of just how unwilling these elected officials are to embrace change, look no further than yesterday’s press conference about the Torres indictment. Sharon Bulova, chairman of the Fairfax County Board of Supervisors, says what a sad day it is on four separate occasions. We think that’s a pretty odd reaction to an event that finally brings a measure of justice to a murdered man and his surviving family, and somewhat repairs both the police department’s and prosecuting attorney’s seriously damaged reputations. We made this video to help her get a new perspective on the indictment.

READ MORE ABOUT FAIRFAX AND WHAT LEAD TO THE ADAM TORRES INDICTMENT HERE.

2.3k
SHARES
FacebookTwitterGoogleRedditTumblr
DiggLinkedinStumbleuponMailPrint
You Can Support Cop Block by shoppping on Amazon using the banner below:
BANNERS ARE CLICKABLE