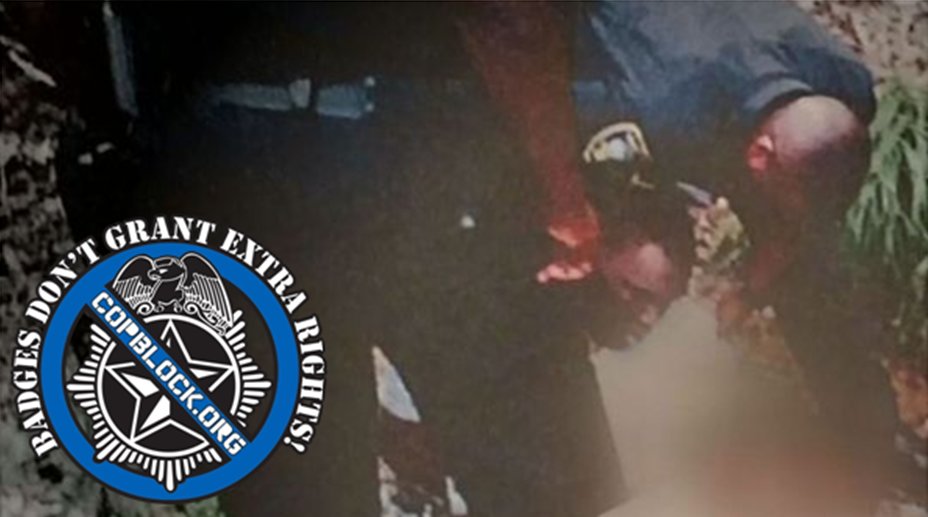 Two East Point, Georgia police officers have been charged with murder for the April 11, 2014 taser death of an unarmed, handcuffed, and non-combative man, indictments said Monday.

Cpl. Howard Weems and Sgt. Marcus Eberhart had responded to the apartment complex of the mother of 24-year-old Gregory Towns after receiving reports of an alleged domestic dispute.

Towns ran before being caught by officers when he tripped and fell. After struggling to walk because of being tired from the chase, the officers placed him in handcuffs and began tasing him in order to keep him moving and complying with their orders.

Officer Weems wrote in police reports that “Towns did not appear to have been affected by [his] taser,” and “did not state he was in pain or appear to be in any distress.”

Instead, the officer said, “Towns was very calm and disregarded commands that were given,” adding that he “then removed the cartridge from [his] taser to drive stun Towns [at least three times.]”

Officer Eberhart claimed in reports that he tased Towns at least two more times before the man fell into a creek bed where paramedics later determined he did not have a pulse.

An autopsy conducted by the Fulton County Medical Examiner’s Office listed Towns’ cause of death – citing the taser – as homicide resulting from “hypertensive cardiovascular disease exacerbated by physical exertion and conducted electrical stimulation.”

According to the officers reports, they only shocked Towns five times, but family say their loved one was hit with the taser at least 14 times.

“He was handcuffed behind his back when this happened, he didn’t have a weapon, he wasn’t fighting the officers. He was tasered because he was tired and not getting up fast enough,” attorney Chris Stewart said. “It’s not just against the law, it’s inhumane. You don’t use a taser like a cattle prod.”

Following the incident, Eberhart resigned and Weems was terminated by the department – which has a policy prohibiting officers from using tasers.

Weems and Eberhart were indicted Monday on the charges of felony murder, involuntary manslaughter, aggravated assault and multiple charges of violation of an oath by a public officer.

The officers will stand trail in Fulton County Superior Court.