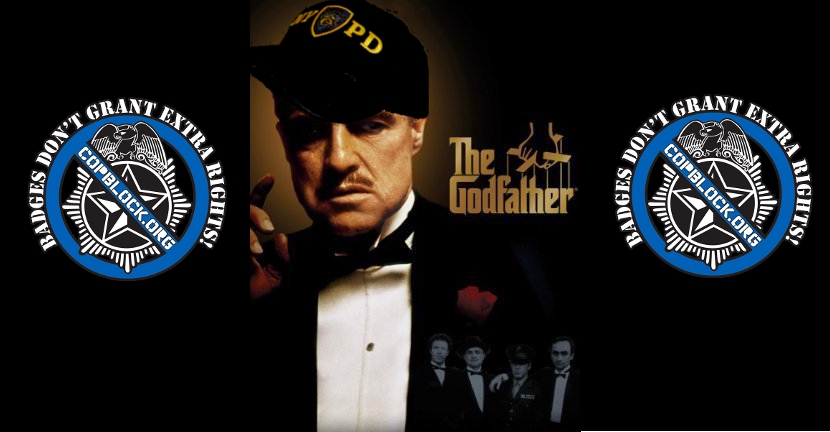 I was watching a documentary about “the Godfather.” You know, the movies from the 70’s? They depicted a mafia family named Corleone. It was the starting point of many careers in acting. Al Pacino, Robert DeNiro, and a slew of secondary characters that would repeat in 40 years worth of mob movie fame. The movie series was loosely based on the Gambino crime family, but portrayed life in that world much to the satisfaction of many real life gangsters.

The movies portray a ruthless group of men to whom murder, extortion, and other unsavory acts, are part of daily life. The movies romanticize these traits in these men to the point that it makes ordinary folks, “root for the bad guys.” In the movies, they explore parallels between government officials and these ruthless killers. Even in the descriptions. One group is referred to as “government officials,” while the other is referred to as “ruthless killers.”

In “the Godfather” this correlation is played out in a scene between Pacino and Diane Keaton, who plays his wife in the movies. When they reunite in the movie, the comparison is made. She thinks the government are the good guys and the gangsters are the bad guys. Micheal sets her straight, but she still isn’t buying it. The movie takes place in the late 50s early 60s, so there was a certain naivete about this sort of comparison, but what is the real difference?

The answer is, there is none. Both groups of people do whatever it takes to make sure they come out on top no matter what. They all want their family name to represent something powerful in this world. I think this is a trait echoed by most people. Most people will rationalize anything they do to justify a questionable action in their lives. I’m guilty of it in my desperate attempt to not be hypocritical in my own life. It is tough to do sometimes, as we are sometimes faced with a choice that is life and death. A conscious choice. Not like should I hit this tree with my car and die, or hit this person walking on the road and live. That choice is split second. I’m talking about choices that require lots of thinking about. Such as putting thought into whether it’s him or me.

Police always show the community the nice face, just like the Godfather did. They both claim to give back to the communities, but does that excuse the acts of violence and extortion and other crimes that actually have victims. At least the mafia generally keeps innocent victims and bystanders out of the line of fire. Police could care less.

Both the police and the Corleone family use a system of debts and favors to do business. They both are just following the orders of their superiors – IE: “Just doing their jobs” – but the Mob doesn’t go out looking for trouble like the cops do. They are more like firemen, who stay at the station until there is a call. The Mob doesn’t tend to engage in petty crime. So, the everyday public doesn’t have to deal with the Mob all the time, unlike with the Gang in Blue. Also, the Mob’s harassment is financially based, but in the opposite way. The Mob tends to leave poor people alone or even help them out to create loyalty and support amongst them.

In the end, you may say, “DEO, what’s the point of all this?” I will tell you the point is that it’s very hypocritical to me to say that one group of people is “good” and one is “bad.” Why can’t people see the inherent “bad” in the violence coming from the police, the way the easily see it coming from gangsters? People are willing to give the police a pass while chastising the gangsters. Both the Mob and police routinely get away with murder. Police even have extortion rackets, protection rackets, and all the other major crimes the gangsters have, but the police get away with it. And both the police and the Mob have a code of silence they employ to protect their members from being prosecuted for their crimes. Why? Is it OK to break one law to enforce another one? Seems backwards to me. In the end it seems they all want respect that is not earned, except through violent means. “Respect me or Ill kill you!” is not real respect. That is called fear.

*NOTE: I’m hoping that I can avoid the possibility of any sort of hit being called out on me for comparing the Mob to the police and the government. It’s obviously insulting when someone compares you to a group of violent criminals. I’m hoping that anyone associated with the Mob understands that I respect them and mean no disrespect in making such a comparison.*