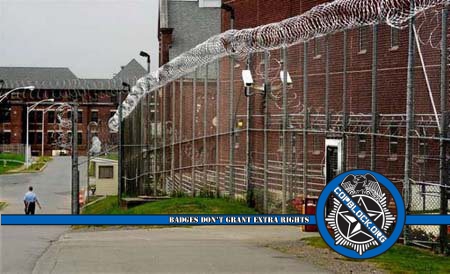 New York has a problem in its prisons and jails. The problem is you are safer with the inmates then you are the CO’s. A few weeks back I reported about three Deaths in NY Jails and now we have a death clearly at the hands of corrections officers. Samuel Harrell, age 30, was murdered in April and not one CO has been arrested or punished. The New York Times received a copy of the autopsy that ruled Mr. Harrell’s death a homicide.

An autopsy report by the Orange County medical examiner, obtained by The New York Times, concluded that Mr. Harrell, 30, had cuts and bruises to the head and extremities and had no illicit drugs in his system, only an antidepressant and tobacco. He died of cardiac arrhythmia, the autopsy report said, “following physical altercation with corrections officers.”

The manner of death: Homicide.

No officers have been disciplined in connection with the death, officials said. A classification of homicide is a medical term that indicates the death occurred at the hands of other people, but it does not necessarily mean a crime was committed.

This is not the type of thing that should happen in America, but it does way too often. Only when law enforcement is involved is homicide only a medical term and not a crime!

Inmate witnesses at Fishkill say they are the ones who have been punished. Several described being put into solitary confinement and threatened with violence after speaking with Mr. Harrell’s family, their lawyers and with news reporters.

I visited the Greene Correctional facility about four months ago and see how they treat someone visiting and not breaking any law, in this video – or see video below. They acted like this on video outside the prison. How do they act inside when they know they won’t be held accountable?

The Times pieced together the events leading to Mr. Harrell’s death from 19 affidavits and letters written by inmates and obtained through the law firm Beldock Levine & Hoffman, which is representing Mr. Harrell’s family. Most of the inmates shared their affidavits on the condition that their names not be used, because they said they feared retribution from corrections officers. Three agreed to be interviewed with their names made public.

According to Luna Droubi, a lawyer at the firm, at least nine of the inmates who saw what happened had been placed at some point in solitary confinement. She said that the firm would soon file a lawsuit in connection with the death, and that there was a need for the appointment of a special prosecutor to investigate.

The inmates witnessed the encounter from several vantage points, including a day room and bathroom just a few feet away. Two described being at the bottom of the staircase and seeing Mr. Harrell come falling down.

Inmate witnesses are typically viewed with skepticism by investigators, but the accounts from Fishkill are strikingly consistent. Inmates there are serving sentences for felonies, such as drug crimes and murder, but have earned the right to take part in programs like work-release.

Do not stand for this. Speak up if you have been a victim of law enforcement. Until people stop making excuses for their friends and family who are in law enforcement this will not stop. So much for the Eighth Amendment protecting us right now.

Contact The Fishkill Prison Directly and let them know how you feel about this.