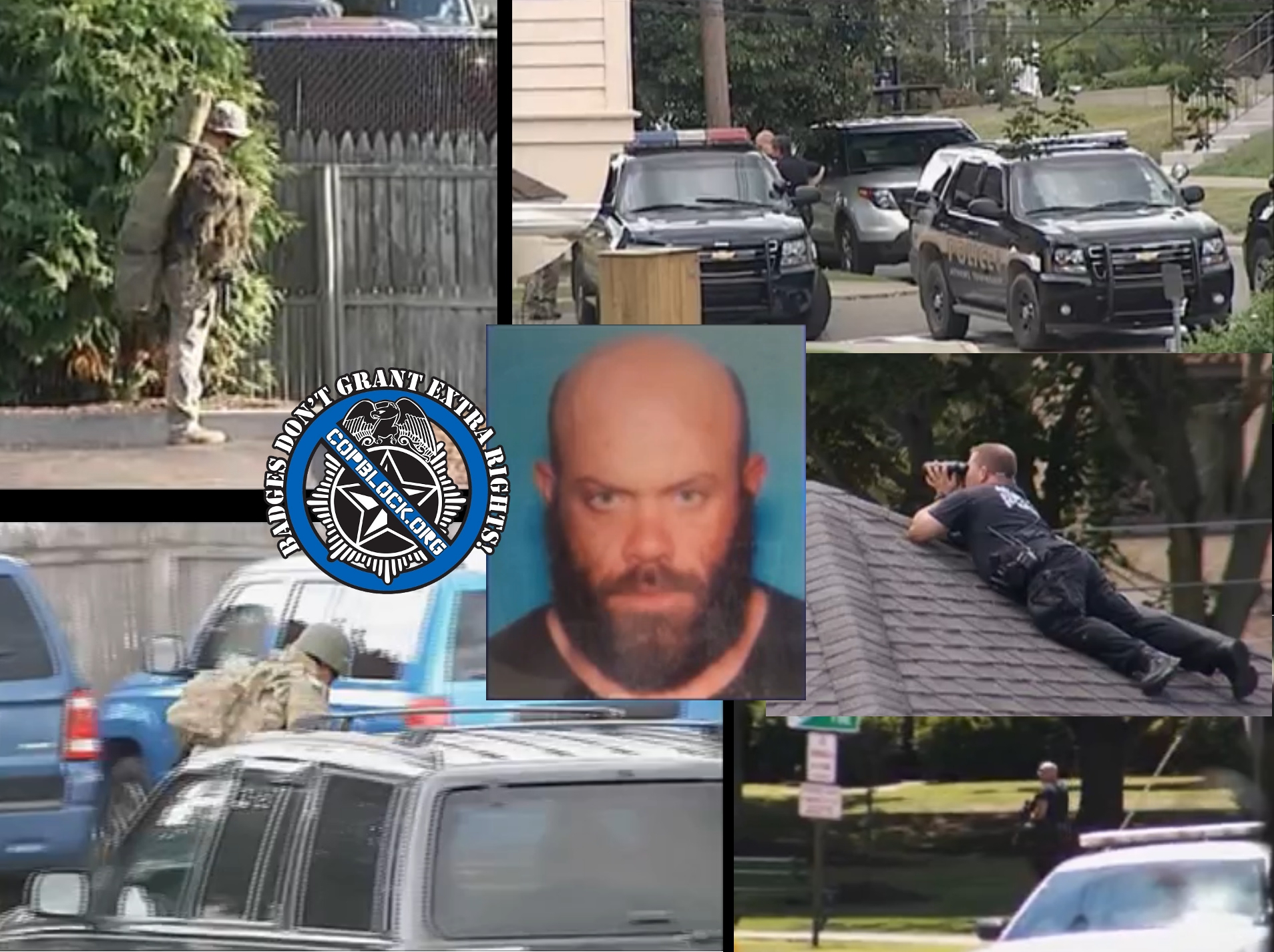 According to Justin Holloway’s ex-boss, he had recently quit his job and was making statements about being depressed over his brother dying. He also made suicidal statements and discussed “taking people out” because he was blaming “everyone for his problems.”

Concerned about his mental state, the (unnamed) boss went to Holloway’s house to check on him. Things seemed to have taken a turn for the worst at that point. Halloway had a sawed-off shotgun sitting on the kitchen table and was in the process of taping quarter sticks of dynamite to aerosol cans. He was also making statements (presumably under his breath) about “not wanting to see tomorrow” and not wanting some other people to either. Fortunately, he convinced Justin to put down the explosives and go grab a bite to eat. Unfortunately, a fire siren went off as they were heading to the restaurant. That sent Halloway right back into the “taking people out” mood and he ran into the house again. At that point, the Boss decided he better get some other people with shotguns and explosives involved.

Shortly after, police secured the area outside Holloway’s home. Robert Packer Hospital was placed on lock down, nearby streets were shut down and a farmers market was evacuated…

Police believed Holloway barricaded himself inside, but all attempts to contact him failed. Holloway had plastic or sheets over his windows, so police could not see inside. Several windows were broken to get a view inside the home. After that was done, police noticed a strong odor of marijuana coming from Holloway’s bedroom.

By 5 p.m., a Pennsylvania State Police Special Emergency Response Team entered the house, only to find Holloway wasn’t inside.

Meanwhile, as the cops were busy smashing out windows and in general attempting to antagonize a guy who they thought was busy strapping dynamite to pressurized canisters and finalizing his list of people he wanted to make sure didn’t see the sun rise again, Halloway was out having quite a day. Apparently, at some point after bailing out on the lunch plans with the boss, he became spooked by an old paramedic putting gloves on outside and then saw the “barrel of an assault rifle pointed toward his house.” The combination of those two things made him come to the realization that he should get out of the house for a while, after all.

According to a statement he later gave police, he then bolted out the back door, jumped the fence, and fled into the woods. Then he walked 20 miles to the nearby town of Owega, got bored (presumably), and began running back home. (The concern that he may have left the oven on as a motivation for running back is an unconfirmed rumor, at this time.)

Luckily for him, a stranger saw him running and picked him up. He apparently had gotten over his paramedic phobia by then. So, he had the Good Samaritan drop him off at the fire station in Milltown (about 15 minutes from his house). Once he got there, the firemen were kind enough to tell him that all the cops in town were down the road trying to convince him to come out of his house, which apparently was a bit of a surprise to him. Soon thereafter, he found himself in jail charged with making terrorist threats, possessing weapons of mass destruction, and having drug paraphernalia. The police stated they found a sawed-off shotgun, ammunition, powder believed to be Tannerite Powder, a metal pipe for marijuana, fireworks and a camouflage pellet gun with a scope, but no mention of dynamite encased spray cans.

Although he admitted to having “personal issues” that had upset him very much that day, Justin denied making any threats to harm himself or anyone else. Also, on the upside, Halloway’s sister spoke to police and said that their brother is not in fact dead, but was in the hospital recovering from a stroke and was “getting better everyday.”

So, what a day that was…