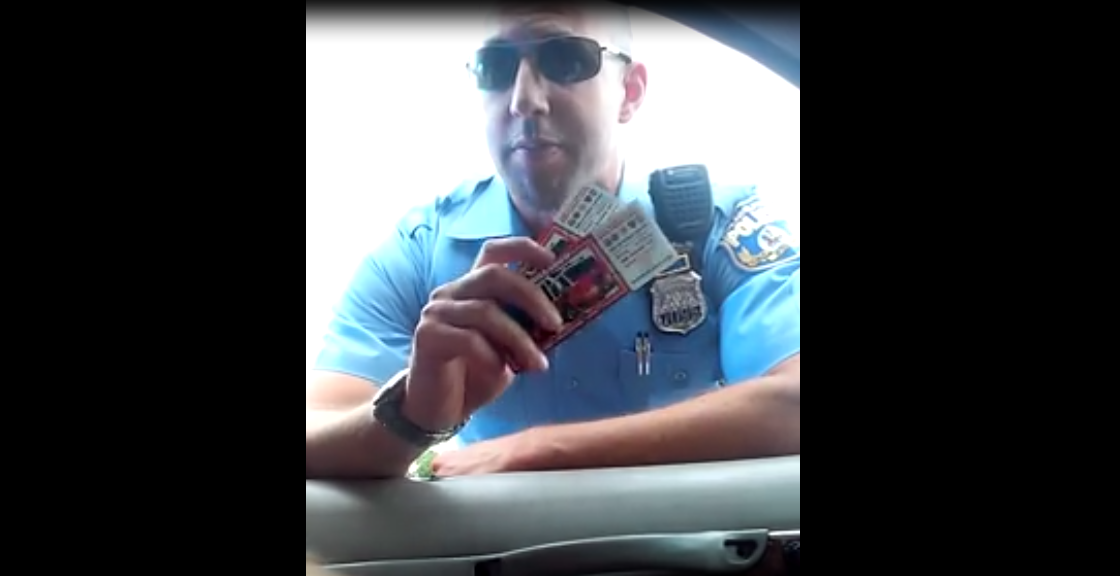 Do you even support the police bro?

Philadelphia, PA – A  man posted a video on Facebook where he has been allegedly pulled over for a non registered vehicle.

In the video the police officer can be seen holding tickets and asking the driver if he’d rather buy tickets to a pro police event instead of him “taking his car because its unregistered.”

Extorting citizens to support the police?

He literally forces him through coercion into purchasing 3 tickets to a “We Support the police” event instead of whatever legal ramifications the driver would have faced for driving an unregistered vehicle.

The tickets were for a fundraising effort for children of police and firefighters killed in the line of duty.

Not to mention the same officer also makes a very rude remark about the drivers pink colored wiper blades, calling them “faggot ass.” The driver responded it was for breast cancer awareness. The officer goes on to tell him he looks like a “fruitcake.”

Details about the officer and exact location are pending, the driver also claims there is a longer version of the incident.