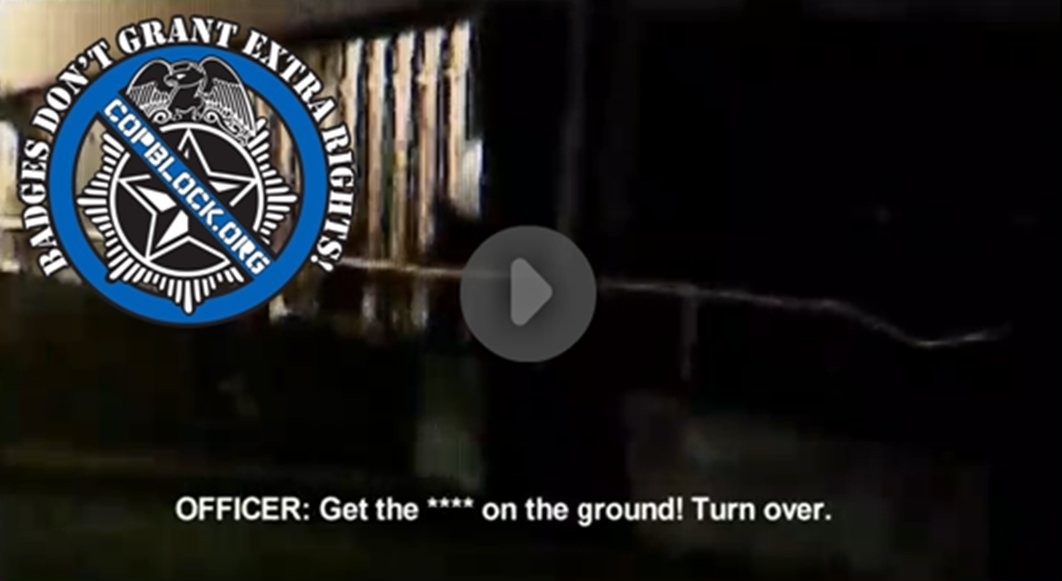 Video surfaced earlier this week showing a Chickasha, Oklahoma cop kicking a drunk man to the ground after he “approached” the officer and refused to immediately comply with orders to back up.

According to police reports, Officer Chad King was responding to a report of someone smashing bottles near a public library and arrived on scene to find 23-year-old Kyle McGill.

“How drunk are you?” the officer can be heard saying on the dash-cam footage.

Another man can be heard saying that he doesn’t know McGill and is allowed to leave.

It is at this point King says, that McGill became “aggressive,” and “was unsteady on his feet and smelled of alcohol.”

“[McGill] began to obstruct my investigation with the man I was speaking with,” King said in police reports. “He approached me within one foot. I told him to get back multiple times… and sit on the ground.”

“I could see [McGill] was becoming infuriated as he took a fighting stance” King added, so “I kicked [him] with my right foot to his chest knocking him to the ground.”

The footage shows McGill fly to the pavement before the officer appears to start kicking him on the ground.

McGill was then turned over and arrested before being “punched with a closed fist in the top of the back,” King said, for attempting to “headbutt” him.

“He kept stepping toward the officer,” Chickasha police Lt. Scott Weaver said. “The officer didn’t want to have it, he told him to back up and sit down. A kick or a strike is the next step in that situation.”

McGill was booked into Grady County Jail and charged with “assault on a police officer, public intoxication, and obstructing an officer.”