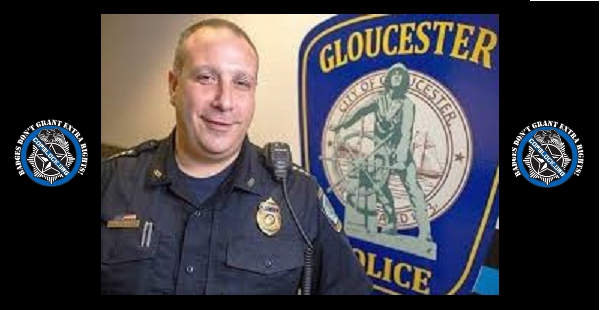 Gloucester, MA — Situated on the coast of Massachusetts, Gloucester’s claims to fame include its status as“America’s original seaport” as well as being the real-life location on which events in the movie The Perfect Storm (2000) were based. Now, the small town has a new reason to be the center of attention: Its police have been granting complete amnesty to drug users who come to the station seeking help, even if they come bearing the remainder of their stash.

On March 6th of this year, Gloucester Chief of Police Leonard Campanello wrote a Facebook post much like he normally did. But this particular post bemoaned four deaths to heroin and opiates in just two months — for a city with fewer than 30,000 residents.

Frustrated, and without any forethought, Campanello added what would turn out to be a propitious statement to that post:

“If you are a user of opiates or heroin, let us help you. We know you do not want this addiction. We have resources here in the City that can and will make a difference in your life. Do not become a statistic.”

The response was immediate and overwhelmingly positive. Where one of Campanello’s typical posts would collect, perhaps, a dozen ‘likes,’ this post garnered 1,234 likes and, according to the Washington Post, “more views than there were people in the city.”

Obviously, he’d hit on the crux of a problem with the different approach that was sorely needed.

“The war on drugs is over,” Campanello said. “And we lost. There is no way we can arrest our way out of this. We’ve been trying that for 50 years. We’ve been fighting it for 50 years, and the only thing that has happened is heroin has become cheaper and more people are dying [emphasis added].”

On May 4th, he posted a lengthy update after considering what he’d stumbled onto with that first extemporaneous post.

“Any addict who walks into the police station with the remainder of their equipment (needles, etc.) or drugs and asks for help will NOT be charged. Instead we will walk them through the system toward detox and recovery. We will assign them an “angel” who will be their guide through the process. Not in hours or days, but on the spot. Addison Gilbert and Lahey Clinic have committed to helping fast track people that walk into the police department so that they can be assessed quickly and the proper care can be administered quickly [emphasis added].”

Though it was unclear what the repercussions of such a bold move would be, after over 33,000 likes and 30,000 shares for the updated post, there was no denying Campanello had found a better alternative to penalizing those struggling with addiction. Over 4,000 comments sang the praises of the program — a few even compared the approach to Portugal’s success decriminalizing all drugs. Most echoed sentiments like, “Well done!”and“Finally someone gets it right!” and even “Bravo!! More compassion and humanity in our justice system. You are leading by example. And I think the results will validate your decision [emphasis added].”

And validate they have.

Campanello said this week that over 100 addicts have already taken advantage of the opportunity, and one in six have come from out-of-state, including a person who traveled all the way from California to ask for help. It’s certainly a switch to see so many flock to the very police who, in the past, would have arrested and jailed every one of them.

Going even further, Campanello approached a local CVS pharmacy and explained the program and the need for Nasal Narcan, which can reverse an overdose. Without insurance, the drug costs $140, but after hearing about the revolutionary program CVS made it available for $20 a pack, so Campanello started providing it to addicts free of charge.

“The police department will pay the cost of the Nasal Narcan for those without insurance. We will pay for it with money seized from drug dealers during investigations. We will save lives with the money from the pockets of those who take them,” he said.

With so many people taking advantage of the program, Chief Campanello and the Gloucester Police Department, as well as their various partners, have formed a non-profit organization called The Police Assisted Addiction and Recovery Initiative (P.A.A.R.I.) “to bridge the gap between the police department and opioid addicts seeking recovery.” Its website states, “Rather than arrest our way out of the problem of drug addiction, P.A.A.R.I. committed police departments:

Though it is perhaps premature to estimate the program’s overall success, three Massachusetts cities will soon be implementing programs based on Campanello’s model.

What started as frustration and anger about the nation’s growing problem with heroin and opiate addiction hastily posted to Facebook has become a possible future model for police departments around the country, and tangible hope for addicts and their loved ones.

Four deaths in two months in the small coastal town appeared to indicate the continuance of a frightening trend, but in the over five and a half months since, there have been “Just two,” said Campanello.

In mid-June, Gloucester Police wrote another post on the official Facebook page that speaks volumes of the program. It states:

“A reporter asked one of my officers last night: ‘Do you see a common thread in all addicts?’ Without hesitation, the officer responded: ‘Absolutely. They’re all human beings.”