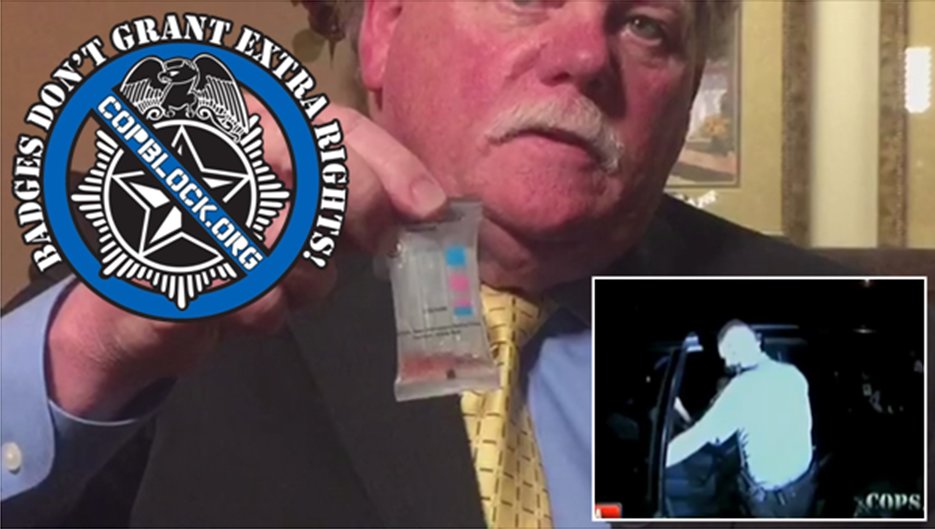 A Georgia woman is alleging in a lawsuit that Gwinnett County police officers framed her by faking a drug arrest on the national syndicated TV show COPS in 2013.

Elizabeth Butler is accusing Officer Paul Tremblay of planting cocaine on her in an effort to show off for the cameras – which resulted in the destruction of her reputation and lead to her having to move away from the area.

“Her life has simply been destroyed,” Butler’s attorney John Burdges said. “[But] what’s really damaging is the officer’s statements on the video.

The episode shows Tremblay talking about Butler’s tattoos – a marijuana leaf and a Grateful Dead bear on her foot – saying, “that is consistent for some drug users.”

The lawsuit says that during a field narcotics test, Tremblay planted cocaine in order to make the results look “positive” for the television show.

“That would be cocaine,” Tremblay can be heard saying during the filming. “That’s positive for cocaine.”

The problem, Burdges says however, is that in an unedited version of the episode, Tremblay can be seen going to the trunk of his patrol car to retrieve a second test kit after the results of a first one came back negative.

“This was the result of first test, it was pink.” Burdges told local reporters as he held up the evidence. “There is no drugs in this test. We submit that the test was turned positive, because the only person that possessed cocaine that night was the officer.”

Butler was arrested for possession of cocaine but that charge was later dropped after further testing by the Georgia Bureau of Investigation revealed no positive drug results.

Burdges says he believes that Tremblay and the COPS production team were fully aware that Butler was innocent and instead decided to frame the woman to make both the department and the show look good.

“Now she’s tarnished for life,” Burdges said. “I think the officer had the drugs.”

The Gwinnett County Police Department has refused to comment on the pending litigation.