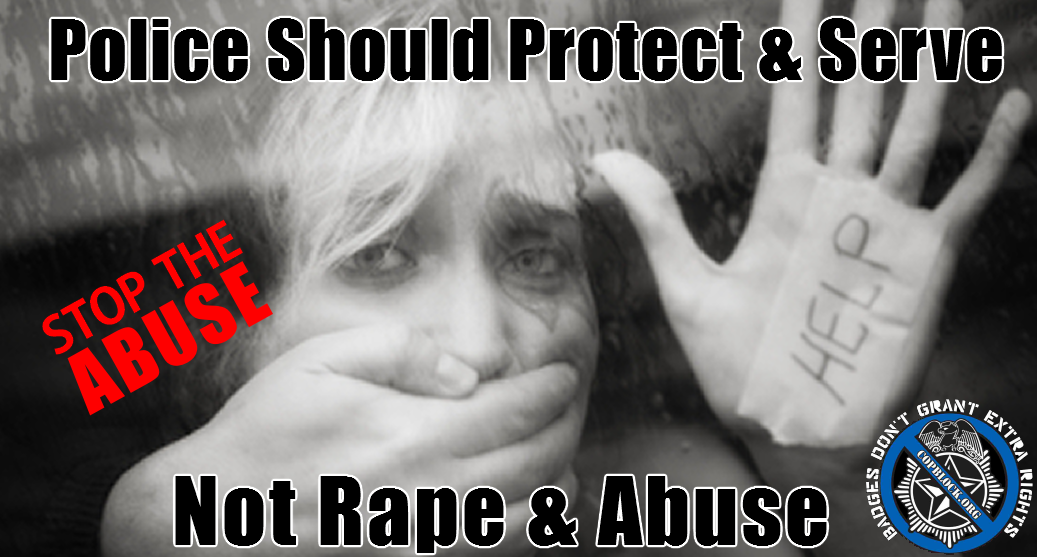 BREAKING NEWS: Dozens of officers charged with sexually abusing children for the first time in history.  That would be a shocking headline if it were true.  Unfortunately, we’ve come to expect those headlines because it’s an almost daily occurrence. Here is a look at just a handful of police officers that made headlines in August, who are responsible for over 100 counts of sexually abusing children. Please, if you have a police officer in your family, do not leave your kids alone with him/her.

Correction: The original publication incorrectly totaled the number of charges at 100. The correct total has been listed.

California – Oakland Police Department Officer, Joshua Smith, has been charged with 11 counts of Child Pornography and 3 counts of sexual abuse of a minor. This comes after his arrest for sexually abusing a 2-year-old girl. The child pornography charge is not related to the 2-year-old. (Cumulative Total: 80)

Kalamazoo – This Michigan police officer was arrested for sexual assault, after being released on bond for an existing charge of sexual assault. Troy Estree has been charged with 2 counts of first-degree criminal sexual conduct for abusing a ‘teenage relative’. While on bond, he was arrested again for sexually abusing a different child. He faces 3 more charges of first-degree criminal sexual conduct in that case. Additionally he could face even more charges by using a firearm in a commission of a felony, and for passing on a sexually-transmitted disease to at least one of his victims. (Cumulative Total: 85)

Glen Rock – Detective Sgt. Eric Reamy, 51, the department’s juvenile officer, was arrested for with five counts of endangering the welfare of a child, including one first-degree count. He is accused of sexting with a minor and sending nude pictures to her. More charges are pending. (Cumulative Total: 90)

New York – Joel Doseau, who just recently committed suicide, faced 40 counts of sexual abuse relating to an online encounter with a 14-year-old girl. He started out the abuse by sexting with the girl, and it quickly led to physical encounters over the next couple of years. (Cumulative Total: 134)

Though only a few of the police officers involved in the sexual abuse, or sexual exploitation, of a child are listed above, here are a few more headlines for the month of August.

CHARLOTTE – A Charlotte Mecklenburg School’s police officer has been charged with ‘Indecent Liberties With a Minor”. Officer William Stitt, 61, faces at least one felony count touching a child in his care. Not than any of the other charges on this page are not grotesque, but there is something even more evil about a person in his position, who abuses a child.

John Laroche, the Canterbury Police Chief was arrested for sexually assaulting a 16-year-old girl while she participated in the ‘Police Explorers’ program. He has been charged with one count of aggravated felonious sexual assault. Chief Laroche is 44 years old.

Matthew Bondi, 22, a Pasco County Sheriff’s deputy, is facing a federal charge of luring or enticing a minor into sexual activity. Bondi admitted to the police that he used a popular photo sharing app to send illicit images to entice the underage child into having sex with him. More charges could be added once the investigation is concluded.

Mount Pleasant Police Chief Brian Fanelli pleaded guilty to possession of child pornography. He admitted in court that he downloaded and shared more than 120 files containing pornographic images and video of underage children. He is expected to be sentenced to 4 years and 3 months in prison.

Gretna Louisiana police officer Ronald Dale Black, 60, was suspended without pay after he was arrested in Plaquemines Parish for distributing child pornography. Last year, he was also accused of sexually abusing a 6-year-old girl. However, the grand jury refused to indict him, paving the way for him to commit more crimes against children.

If you enjoyed this article, I highly recommend reading the following article by Asa Jay.