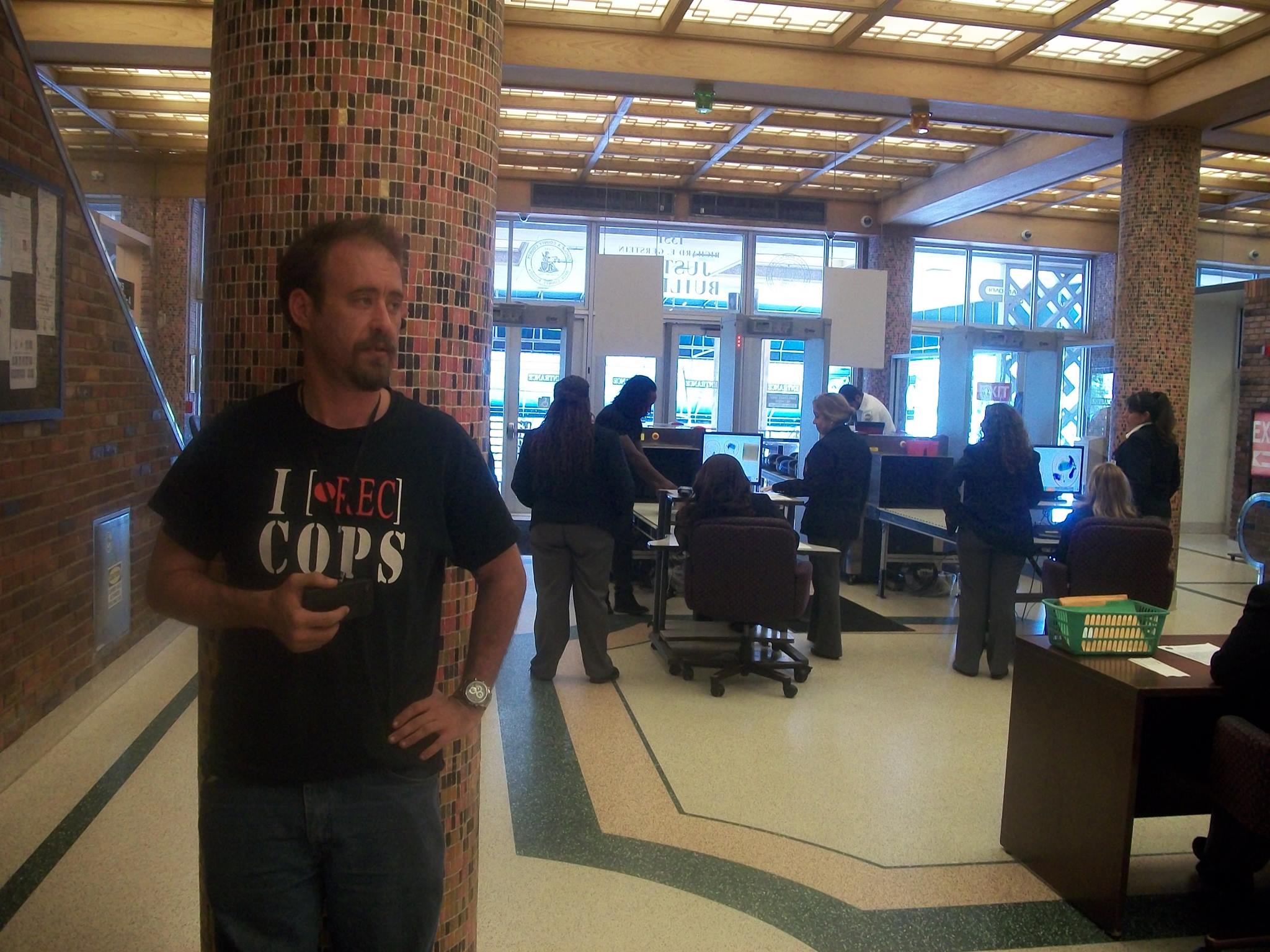 Mike Burns is known for his comedic stance and one liners with police. Recently he was arrested for a video he recorded of police clearing a parking lot. Of course the police waited three months to pick him up for the “crime” – more on that here. In addition to being arrested some of his past videos feature him wearing a “fuck the police” shirt into court, a case he won, as well as the popular video,”Once Again, Fuck Off.” For those unfamiliar with Burns or his style of filming the police, check out the video below.

Now Burns just doesn’t run around telling cops to fuck off or spouting off at them. Usually he’s focused on traffic stops or high foot traffic areas and it’s simply a reflection of how long he’s been CopBlocking that he can produce such compilation videos. But don’t take my word for it, head over to his YouTube Channel and see for yourself. He has a number of videos ranging from first amendment audits to his own arrest.

More recently he’s been putting together a few “HOW TO” videos. There’s one on how to pick handcuffs from behind your back and a crash course on what reasonable articulable suspicion is. Yet, my personal favorite was this video, “How To: Piss off Cops.”

I think this type of content will go far in the police accountability world. Not only is it a way to bridge a gap between some people who may not be as aware but it brings humor to a subject that is, sadly, filled with too much gore. I’m sure the Cops and CopSuckers will have a mouth full to say about it but I’m excited to see what else comes out of Burns in Central Florida.

And don’t forget, you can find, connect with and start filming the police with other CopBlockers by visiting the CopBlock.org Groups page. There you’ll find a list of all the CopBlock Offshoots (we know about) including tips on how to get a group started if there isn’t one near you. The more active people the better chance we have to gain accountability and, eventually, real change in the service of policing.