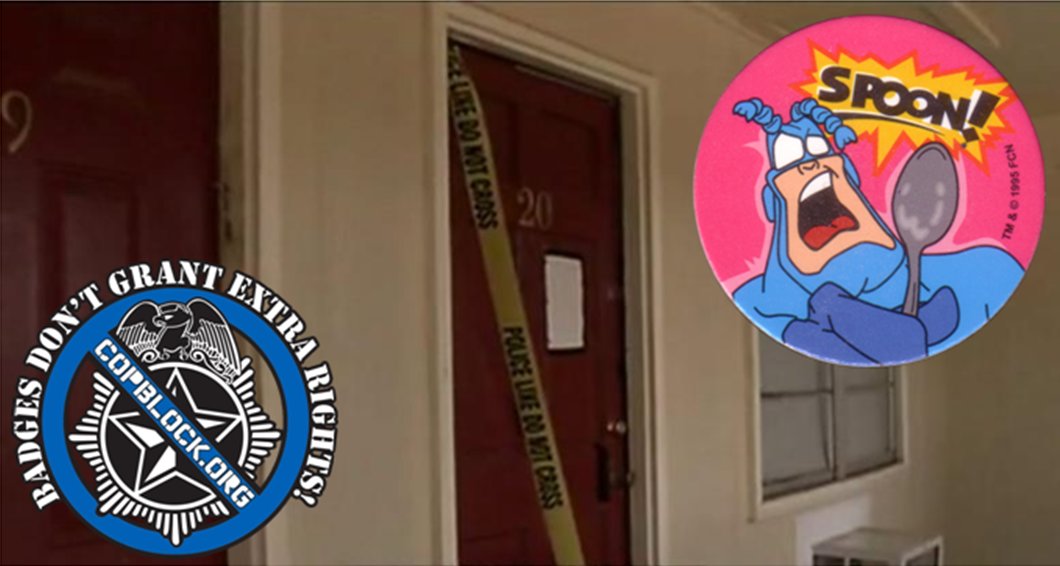 An Alabama man that was killed by a Tuscaloosa County police officer Thursday for wielding a “large metal spoon in a threatening manner” was having a “mental episode,” officials say.

Police say and an unidentified officer responded to a report of an assault in east Tuscaloosa where they found 50-year-old Jeffory Tevis before a struggle ensued and the officer tased and then shot the man.

“He was just undergoing an extremely violent mental episode we believe,” Tuscaloosa County police captain Gary Hood said, adding that Tevis was armed only with a spoon that was “maybe 10-12 inches” in length.

Tevis was “very upset and agitated” and reported that he had been attacked by someone inside his apartment, police said, but added that another man claimed that Tevis had threatened him.

In any case, Tevis exhibited blood on his face and legs but officers later maintained and that they didn’t believe the man was assaulted, but that his wounds were self-inflicted instead.

According to the Guardian:

The officer and Tevis were talking on the balcony outside Tevis’s residence when Tevis hit the officer and the two began fighting, police said. During the struggle, the officer used his Taser on Tevis to no effect, according to police. According to this account, Tevis “began charging” toward the officer and ignored verbal commands to stop.

Tevis then “raised his hand over his head holding the large metal spoon in a threatening manner and rushed toward the officer”, the Tuscaloosa county press release continued. The officer fired two shots and Tevis was pronounced dead at the scene. The officer, who has been with Tuscaloosa police for nearly 16 years, was treated for minor injuries related to the incident.

Police say that the incident lasted for only about a minute and that the unidentified officer involved was wearing a body camera – but conveniently – it was turned off.

Tuscaloosa County police captain Brad Mason said the department requires all officers to have body cameras turned on at “any time there’s going to be enforcement action taken,” but he declined to comment directly to the Guardian as to whether the officer had violated protocol by disabling the device.

In July, it was reported that 27 percent of the people killed during the first six months of 2015 – 124 people out of 462 – were mentally ill or in emotional distress.

More than half of those killings involved police agencies that do not provide officers with proper training on how to deal with mentally ill or developmentally disabled suspects.

Police say that six people witnessed the shooting and that a grand jury will review the findings of the Tuscaloosa County Metro Homicide Unit – which is investigating the incident – and will determine whether the officer was at fault.