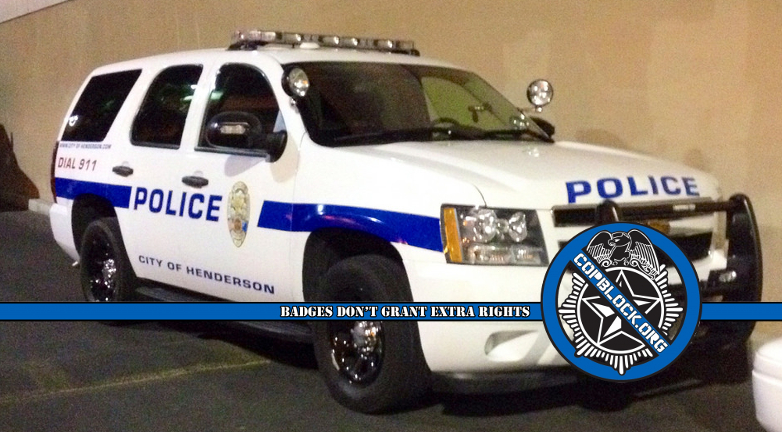 This particular post was originally published on their site under the title “Edward Little – Where We Learn the First Rule of Murder ‘Be a Cop.'” The post details a 2010 case in which an off-duty police officer from the Las Vegas Suburb of Henderson, NV, shot the husband of the woman whom he was having an affair with.

It also discusses the conflicting evidence that points to the shooting of Ruslan Zhgenti being a case of murder, rather than self defense, as Officer Edward Little claimed. In addition, this post discusses the relative quickness with which the “investigation” into the shooting was closed and how that creates doubts about whether any genuine investigation took place at all.

Ruslan Zhgenti knew his marriage was in trouble. For several months he had suspected his wife, Sabina Iskenderova, of having an affair. Still, the 38-year-old Russian immigrant still had hopes of reconciliation. And even if that wasn’t possible, he was determined to be a good father to his son, who was just about to turn three.

In order to avoid his wife’s volatile temper and often violent outbursts, Zhgenti decided to move out of the home the couple owned on the quiet Via Sarafina Drive in Seven Hills, an upscale development south of Las Vegas. Despite spending his nights elsewhere, Zhgenti would come and go freely from the two-story stucco home he and his wife purchased in 2001.

On September 18th, 2010, Zhgenti pulled his late-model Toyota sport utility vehicle in the driveway just after 1 a.m. He entered the home as he had done almost daily since he and his wife separated, using his own key. The exact details of what happened next remain unclear, but we do know that when Zhgenti entered the bedroom he had until recently shared with his wife, she was there with her lover. Moments later, Zhgenti lay dead on the floor of his bedroom, his wife’s new lover holding the smoking gun.

While some might recognize this age-old tale of a cheating wife enlisting her new lover in a murderous plan to kill her husband, authorities didn’t see it that way. Despite several neighbors and family members telling police Zhgenti had unrestricted access to his home, the police believed what the cheating wife and her lover, himself a married man, told them: ” Zhegenti surprised them when he suddenly charged into the bedroom his gun drawn, enraged, intent on killing both his wife and the man in bed with her.”

Yet, despite Little’s claims he was surprised by his lover’s husband suddenly appearing in the room, gun drawn, Iskenderova told police her new man was able to reach for his personal firearm, he conveniently had with him, pull it from the holster, release the safety and fire four shots into the cuckhold before Zhefenti, with gun in hand, was able to fire a single shot.

If you are wondering why the police who responded to this tragic scene believed the dirty duos’ story so completely, accepted it as gospel truth so much that neither was even taken into custody for questioning. The answer is simple. The cheating wife’s cheating lover was off-duty Henderson Police Officer Edward Little.

Little, who had only been on the force for two years, was taken at his word that he acted in self-defense and the case was closed in a matter of days.