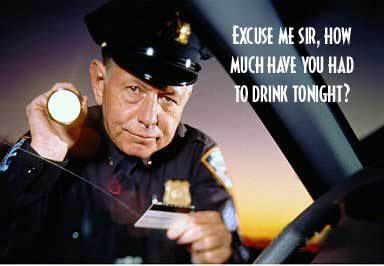 The video below was submitted to CopBlock.org via the submission tab by Goshe King – whom is an aquaintaince of mine from New Hampshire. In the video you’ll see Goshe’s interaction with Peter Beede, Chief of Police in Moultonborough, who claims he’s looking for a drunk driver. Goshe send the following in with his submission:

I caught an interim police chief lie on the tape while he attempted to arrest me for alleged dui. This video is an embarrassment to Moultonborough police department and the tax payers who proudly fund a service run by liars.

Goshe and his wife did a wonderful job of keeping this officer at bay by exercising their rights – with Goshe answering questions with questions and his wife recording. In fact, earlier today I posted a video where a passenger in a traffic stop was more than willing to answer all the officers questions. This lead to their car being searched, as well as their rights violated – see that video here, had Goshe chosen the same course of action – answering the questions directly instead of with his own question (“am I legally required to answer that?) – he probably would have been subjected to a DUI test or even a blood draw.

Instead Goshe and his wife owned Beede to the point he had to say, “well obviously right now.. we’re done ok? I don’t have enough to go any further.” That’s right Beede, you need more than a half assed description of a car and a lie of bloodshot eyes to perform a DUI test. This video goes to show how knowing your rights and recording police interactions can help keep you safe from police intrusions.

Goshe concluded his video by mentioning “Adventures in Legal Land” by Marc Stevens and “The Law” by F. Bastiat. I also highly recommend them and others located in the CopBlock.org Library.