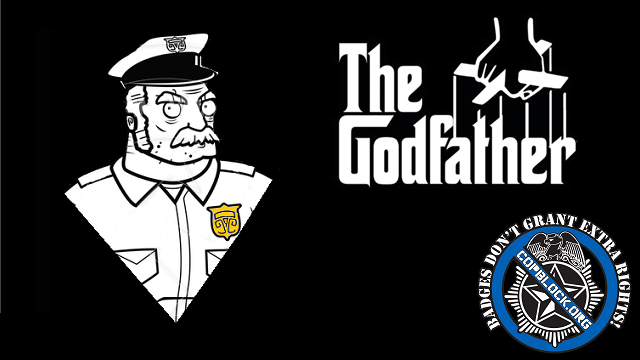 During the era of alcohol prohibition the mafia and other such gangs took it upon themselves to regulate the black market for libations of all sorts. While many individuals attempted to make and sell their own illegal ethanol-based products, they were just as often targeted, harassed and either extorted or shaken down by the mafia as they were by police. Although prohibition is long behind us, the sort of heavy-handed monopoly and product and profit seizing is still happening. Only now it is the states, rather than private thugs, who do all of the shaking down. Arthur Goldman had a sizeable collection of some of the finest fermented grape juice that money can buy. The collection of 2,447 bottles of top shelf vino he acquired for his collection over the years has been valued at somewhere between $150,000 and $200,000.

Those bottles sat in his Malvern, Pennsylvania cellar causing no harm, until in 2013, acting on a tip, a state police agent went undercover to sour Goldman’s grapes. The agent contacted the collector inquiring about his list of wines available for sale from his personal collection. He then engaged in several purchase as part of his sting operation. After these sales were made to the undercover officer, the state police labeled his hobby a retail venture and used prohibition-era laws in order seize the wine and entangle the owner in a long legal battle.

The position of the State of Pennsylvania is that the collection was illegal for the following reasons.

In exactly the same way that mafia and the like once required all alcohol sales be channeled through their hands in order to control and profit from the sales, the state now has taken the same role. The laws that give the State of Pennsylvania a monopoly over sales of fermented intoxicants are themselves products of prohibition era laws. Supposedly enacted to control the distribution of alcohol sales for permitted purposes such as medical or religious use, the laws have remained in effect. The purpose and spirit with which these laws were created is long obsolete. Yet keeping them on the books and enforcing them, while maintaining absolute control over liquor sales, has surely been a very profitable venture for the state. Which is the exact same reason gangsters used force to control sales of alcohol back in the day.

While we hear people lamenting the dangers of a free market, cases like this highlight that our market is not at all free in any meaningful sense of the term or concept. Our government, who collude with the corporations they sanction, use every tool at their disposal to prevent an actual free market that allows the exchange of goods and services between consenting individuals. We are not living in a laissez faire capitalist economy. We are living in an oligarchy, where the line between government and big business is almost entirely non-existent. In a free market one could buy and sell at their own whim and discretion. But when regulations are enacted to control the market, the outcome is not consumer protection, but protection of the multinational corporations who sponsor our political system and influence its dictates and activities. If you take the regulatory system literally, then you may tend to believe that it exists for the good of the people, when in fact, it exists (and is shaped by corporate lobbyist and back door deals) as a way to give a monopoly to the elite by disempowering individuals through disruption of actual free market economics.

Besides the fact that the states role in the market is antithetical to our alleged economic system, and is reminiscent of mafia-style methods and activities, it is disturbing to know that the state police actually expended resources in prosecuting a victimless crime. Pennsylvania has thousands of unsolved violent crimes, while over half of the murder cases in Pittsburgh alone have not been closed. While victims live out the nightmare that the criminals who caused them physical, mental and financial catastrophes are still running free, and families long for justice to bring closure to their tragedies, the state of Pennsylvania is sending out its law enforcement officers to harass and steal from a guy trading in fine wines. This does nothing to insure the safety or harmony of the citizens, yet it profits the state and its enforcement agencies greatly. It serves to illustrate what the true nature of governments and police is, despite the veneer of altruism and service it wears, which is to seize power, control and profit over the activities of the populace at their expense.

A settlement between Goldman and the state has been reached which will allow the return of 1,047 (less than half) bottles to their rightful owners. However, because the wine was stored improperly while in police custody, much of it has likely irretrievably lost quality and value. The only possible silver lining here is that if the state allows it, the remaining wine could possibly be donated to a local hospital to be sold in a fundraising effort to support and improve its medical facilities, rather than being outright destroyed. The owners of the wine hopes this will be the case, that is, if the agents of the state have not yet picked through the collection and laid claims on parts of it for themselves.

This is yet another glaring example of how police operate in much the same way as organized crime. While we tend to think that mafioso-type activities have decreased in the past several decades, it might be more prudent to say that such individuals and behaviors did not decline so much as they did sanction themselves by aligning themselves with the most powerful gang of them all- government and their hitmen.