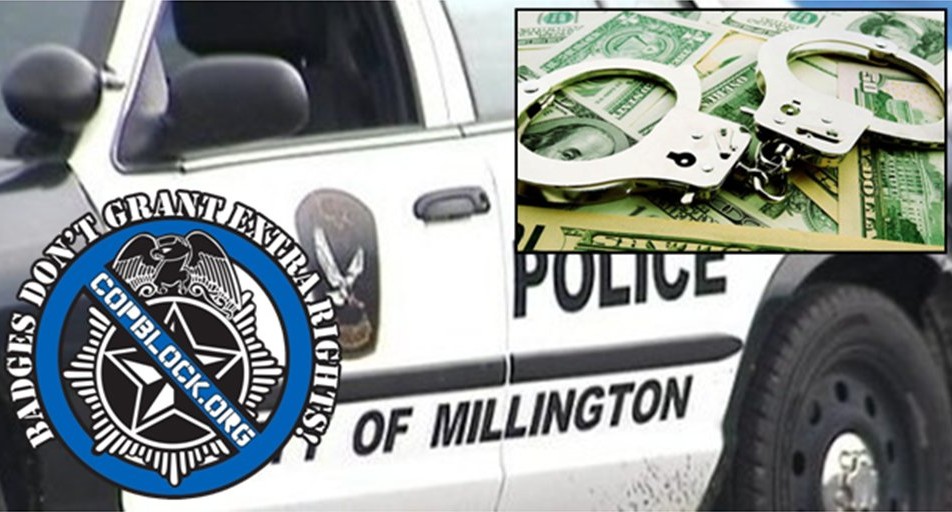 The Tennessee Bureau of Investigation is investigating the Millington Police Department after more than $12,000 in cash came up missing from the property of a dead man.

According to court records, $19,962 was found in the Brinkley Street home of Jimmy Wayne Smith in Millington on April 28 after police had been called to the residence by concerned family members who said they hadn’t heard from the man in three days.

During the wellness check, officers found an unresponsive Smith, who had died from natural causes, and began helping themselves to the man’s belongings.

Police reports said prescription medications and the $19,962 sum was confiscated by officers and taken to the Millington Police Department’s “safekeepings” room until Smith’s brother came to claim the property.

After the man filed documents in Shelby County Probate Court to inherit the money, he said he showed up to obtain it and the rest of his bothers estate from the department but found that more than $12,000 had been taken.

The man filed civil litigation against the department via a family attorney, but he has declined to comment publicly on the matter citing the pending action.

Reportedly, five Millington officers connected to the obtaining, processing, and storing of the property are currently being investigated by the Tennessee Bureau of Investigation, and one has already lawyered up.

Those officers identities have not been released and Millington police officials have not commented on the investigation.

State laws in Tennessee allow police to confiscate large amounts of money from people if they suspect it’s going to be used for drug trafficking. If the money’s owner doesn’t seek legal recourse, the cops get to keep it.

According to these civil-asset forfeiture laws, officers don’t even have to file charges against someone to be able to seize their cash or property.

While prescription medications were found at Smith’s home – they were legally prescribed to him – so it does not appear that officers can justify the theft of the money under the auspices of forfeiture.

Instead, it appears that some piece of shit cop(s) just stole it from the “safe-keepings” room, but it is not yet clear whether or not that room was under video surveillance.