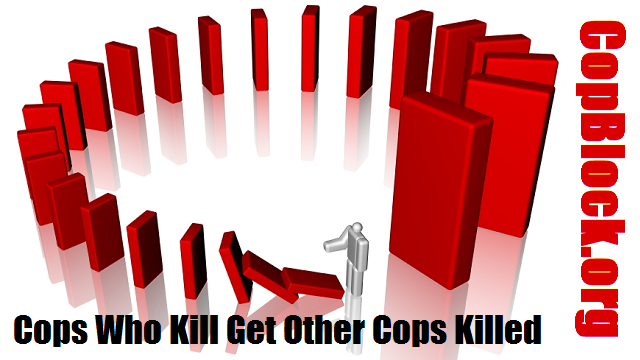 If there is one thing that can be relied upon it is that mainstream media and police officials will turn a tragedy into an opportunity to spout of their cockamamie bullshit. Let us go through some of their idiotic responses and and dissect them for the stupidity that they are.

Anti-police rhetoric is getting cops killed.

This accusation is so idiotic that it hurts me to even have to explain it. ‘Anti-police rhetoric’, as it were, is itself the direct result of police activity. It was not born in a vacuum. Nobody woke up one day and just randomly thought, “Hey, let’s criticize the cops for no reason whatsoever.” The backlash against police is due to the fact that the institution, and many of the individuals, have become the largest organized crime enterprise operating today. From the enforcement of unjust laws that lead to a slippery slope of social ruin to the blatant violence cops commit are the source of ‘anti-police rhetoric’.

However, I very much doubt that cop killers are killing cops just because they heard police criticism on the television. It is far more likely that they themselves have been the subject to a formative incident or even a lifetime of police harassment. Those who kill cops are likely to have had dealings with cops that made them scared and angry, the two reasons people actually commit murder. In fact, you could say that those who kill cops have come to see the dichotomy between themselves and police as an US vs. THEM scenario which led them to fear for their lives.

It seems that the officers who are murdered in such a way are often randomly targeted as victims by their killers. They are made to pay for the actions of other police and for the entire gravitas of the institution of policing. Yet they might still be alive if there was not a negative image associated with police; an image that is created by cops who themselves are criminals and killers. That ‘anti-police’ rhetoric is just a middleman. It would not exist if there were not so many killer cops to start the process. It is, therefore, killer cops that are getting cops killed.

I am not here to argue politics. The last president that I thought was not a total washout was Grover Cleveland, and even he had faults and belonged to a system which is itself not resolvable. Every POTUS during my lifetime has been increasingly worse than the last, as the system itself becomes worse over time. I see very little difference between President Obama and his predecessor Bush.

Since the number of incarcerations resulting from the War on Drugs continues to rise, which disproportionately targets blacks, there could even be a case made that Obama’s presidency marks the most racist, anti-black period of American history. So to blame him for creating racial tensions on behalf of black people is not only a strange non-sequitur, but a reversal of known facts.

It’s an (Ooga Booga Ahead) ALL OUT WAR IN THE STREETS!

Actually, on the job fatalities for police nationwide are down around seven percent for the year. And most of those are for automobile accidents, not homicides. Yet even including those, more people have been killed by cops in the last month than there have been total number of police on the job deaths all year so far.

There is no all out war in the streets. There is no organized anti-police group working together to commit these murders. They are the work of lone individuals, each of whom have their own motivation, intention and story to tell. Meanwhile the police are an organized group, an increasingly militarized one, that act very much like an occupying force. If there is a war in the streets, all out, even, then it is a war in which it is our own police against our fellow citizens.

However, no such war exists. That sort of inflamatory speech is intended to do exactly what those making it accuse others of, which is an escalation of violence. The police are the ones who stand to benefit most from creating this sort of fear and distrust. It becomes the reasoning that will be given as police continue to further militarize and suspend citizens rights, as well as leeching more tax money and resources. As more military grade equipment becomes available to the growing ranks of cops you will hear it justified as being for the safety of the citizens and police. When in fact, it is for neither. It is really just building a greater defense between citizens and the ruling elite the police work to protect from us. Both cops and citizens are being used and manipulated by this rhetoric in order to serve the agenda of those who created this situation to begin with.

People should be just as outraged by the death of Deputy Goforth as they were at those killed by cops.

The police are paid by the people to serve and protect the people. They have taken an oath which is supposed to bring their standards of transparency and accountability to the law higher than the average citizens. While both kinds of killing are tragic, it is a far greater cause for alarm when the protectors become the killers.

Say your ten year old came home with a bruised cheek and a story about a slap fight they got into with their teacher. While you would still need to have a good long talk with your child about their act of violence, it was the teacher who was in the position of authority, and whose complicity in the incident is thus far greater.

It is the same situation here. Police are in a position of authority. They are paid by the public to protect the public. They are endowed with special police powers under the agreement that their conduct will be more reputable than the average citizens. So when a cop kills there is a far greater reason for public outcry. Cops belong to a public system. Cop killers do not.

I do not stand with any form of aggressive violence. I find it equally awful whenever a person is killed senselessly by another. Whether it is Deputy Darren H. Goforth or Sandra Bland, the non-defensive killing of one human by another (or group of others) is unacceptable. The reason that I do what I do here at CopBlock.org is to help rid the human race of its vestigial predilection for aggressive violence. And I believe that as long as institutionalized violence is allowed then there is little hope of seeing the violence that it instigates recede.

When you want to win a game you got to be willing to take on the biggest players. When it comes to to the aggressive violence borne of obsolete instinctual drives, there is no bigger player than the police state. I fight at that level, not because I do not care about other aggressive violence outside of it, but because it is a logical starting point for reducing the death toll brought about by the escalation that occurs under systemic brutality and killing.

The horrible truth is that cops are getting other cops killed by being killers themselves. It creates a climate of fear, anger, hatred and distrust that leads to these tragedies. And there are those at the top of the rainbow who like where this is going. The escalation creates a situation in which they are able to wrestle even more power from those of us stewing in their pots.

We are the gold in those pots and we have a choice of whether we get plucked by police middlemen for the benefit of those on top or if we wish to shine for our own meaning and purpose. Killers don’t shine. Don’t kill cops. Don’t celebrate their deaths. Don’t support killer cops. Do not celebrate the deaths they cause. Fight to end institutionalized killing and you will see an eventual de-escalation of these wholesale deaths on all sides. But if you let the cops and their lackeys in mainstream media use their fearmongering to drag you ideologically down to their level, we will all lose.