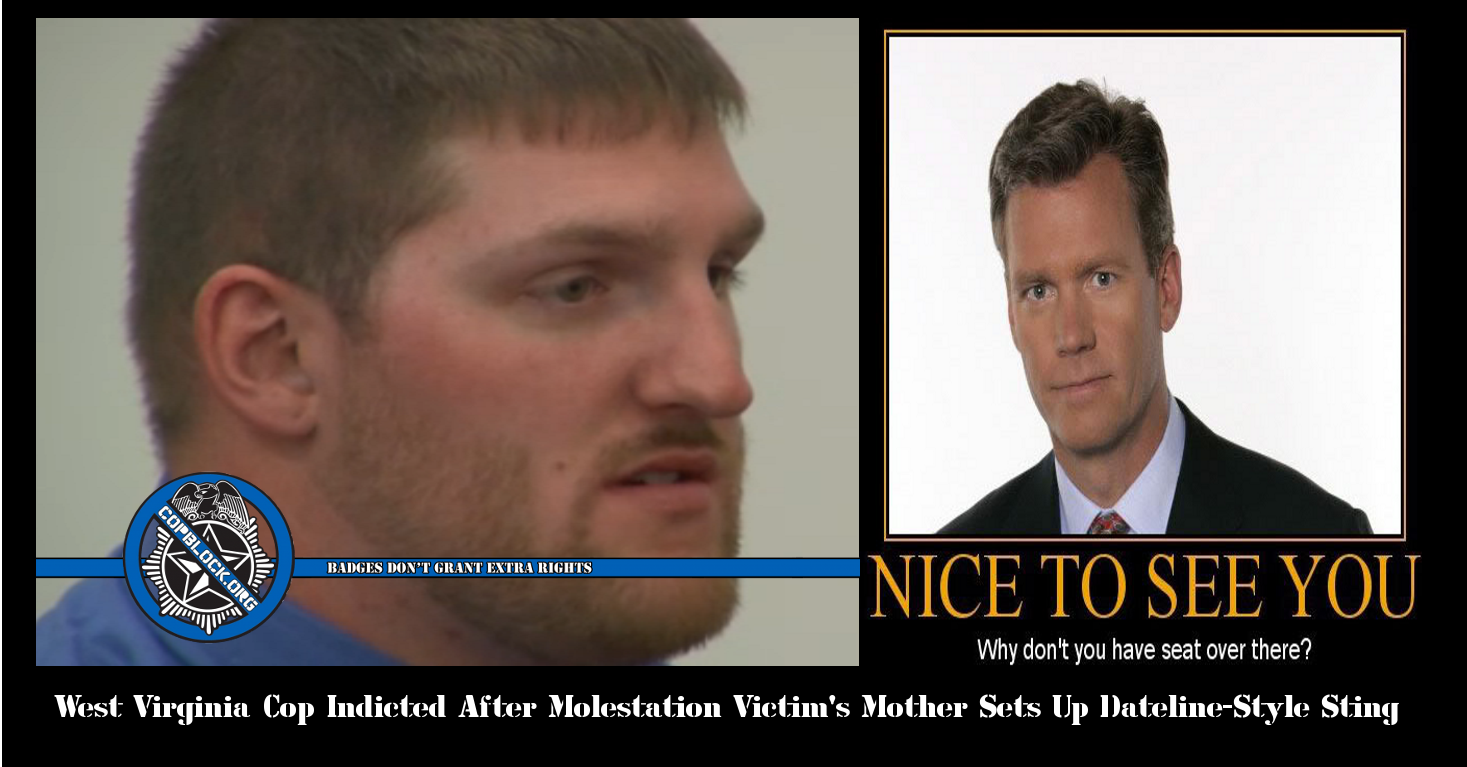 In February, Officer Benjamin Davis, yet another creepy, child-molesting cop, was forced to resign from the Moundsville Police Department, in West Virginia, after the mother of one of his victims posed online as an underage girl to trick him into incriminating himself. Davis had been placed on paid vacation (AKA administrative leave) in January after an internal investigation revealed the 26 year-old officer had been involved in a sexual relationship with a (at the time) 15 year-old girl.

Once she found out about the allegations involving her daughter, the mother created an online profile pretending to be a 17 year-old girl and put “cops rule” in the description of her profile photo. Davis, of course, took the bait like a bear running after a pot of underage honey:

“She created this account, and basically Mr. Davis answered that, and she was posing as a 17-year-old female in the Marshall County area. They began chatting with each other and planned to meet at some point,” State Police Sgt. Mathew Adams told reporters.

When she had enough evidence on Davis, the woman reportedly revealed herself as the victim’s mother and told him, “Your actions will make people trust cops even less.”

Once the mother was done doing their investigation for them the police arrested former officer Davis on charges of third-degree sexual assault and two counts of soliciting a minor. Police internal affairs “investigators” found nude photos of the original 15 year-old and other underage girls on his phone, as well as proof he had been sending nude photos of himself to underage girls.

Soon after, Davis played the “You can’t fire me, I quit” game and resigned. He was subsequently indicted by a grand jury in July on charges of third-degree sexual assault and distribution of obscene material to a minor.