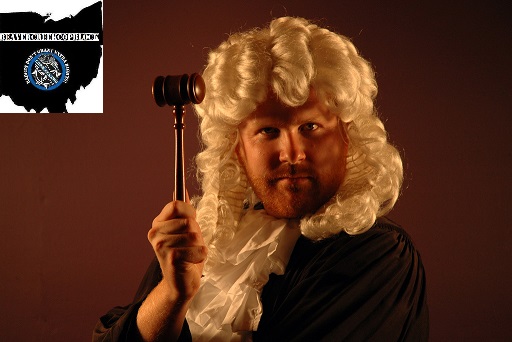 There’s this incorrect assumption about jury trials in America: They’re a fair process.

The Sixth Amendment of the Constitution states:

In all criminal prosecutions, the accused shall enjoy the right to a speedy and public trial, by an impartial jury of the State and district wherein the crime shall have been committed, which district shall have been previously ascertained by law, and to be informed of the nature and cause of the accusation; to be confronted with the witnesses against him; to have compulsory process for obtaining witnesses in his favor, and to have the Assistance of Counsel for his defense.

I was arrested at WalMart on December 20th in 2014 for sitting in front of a police car along with Benjamin Virnston at a protest. You can view the video here, action starts at 24:34

And you can read the news article here.

We were both charged with the same offenses: Obstructing Official Business and Trespassing. Misdemeanor 2 and 4, respectively, total of 120 possible days. Same exact offense. Same exact time. Same car to the police station. Same everything.

There was no speedy or public trial. Benjamin’s trial was on the 13th of May, 2015 and I pled guilty to trespassing at my hearing on the 22nd of June 2015. That’s half a year of limbo.  Benjamin got 29 days in jail and about $1100 in fees and fines.  I got 16 hours of community service and about $250 in fees and fines.  The difference? Benjamin went to trial. I pled guilty. Read the article on our sentencing here.

Never mind the terrible mug shot; it’s the result of being manhandled by the jail staff.

There’s no law written saying that exercising your right to a jury trial and losing will cost you more. There’s this euphemism in legal land called a “trial tax.”  If you exercise your constitutional right to a trial and lose, you typically get reamed even harder than if you took a plea deal.

Why? The incredible amount of unnecessary and unjust laws you could break bog down the courts. Rather than give every defendant his day in court, plea deals are offered. Courts use the “trial tax” as an excuse to discourage jury trials.  Judges, prosecutors, and court staff perceive this fundamental right of our American republic as an inconvenience and intimidate the accused into taking deals struck in back rooms.

Remember this next time it is presumed that our courts and laws are fair: Court personnel consider due process a punishable offense.