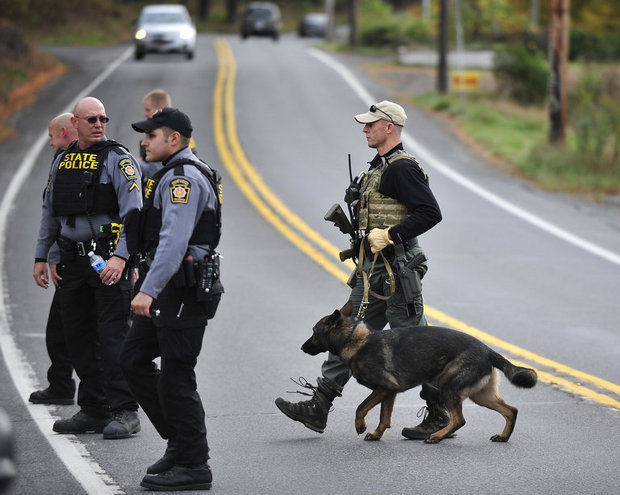 Fox Lake city officials have stated that an officer has been shot this morning in Fox Lake, Illinois.  There is currently a manhunt underway for possible 2 armed suspects.  A newspaper for the area, The Daily Herald stated that, “an officer was shot near Rollins Road and Route 59. The officer’s condition was not immediately available.”

According to an article by ABC News, schools and highways in the area are being shut down while the manhunt is being conducted. Initially, police said that a man was shot near a cement plant. ABC News stated that, “Officers were seen searching a wooded area near the scene for several hours Tuesday morning. Canine units were brought in from various jurisdictions, including McHenry County”.

I do not advocate initiative violence against any living being and I believe that all lives are inherently equal. It is important to note that an act of violence or force does not warrant more violence and force. As we have seen throughout previous years, freedom is often compromised in the name of security.  After the Boston Marathon bombing, police conducted thousands of warrantless door-to-door visits to residents in the area, looking for one of the suspects. I hope we don’t see a repeat of these actions and instead put our hands on the source of the problem – aggressive policing.

Some would say that this increase of cop shootings is not surprising, as a large portion of a police officer’s job entails initiating violence on peaceful people. Live by the sword, as they say.

More to come as this story progresses. Until then, click the banner below to learn more about police accountability and your rights.