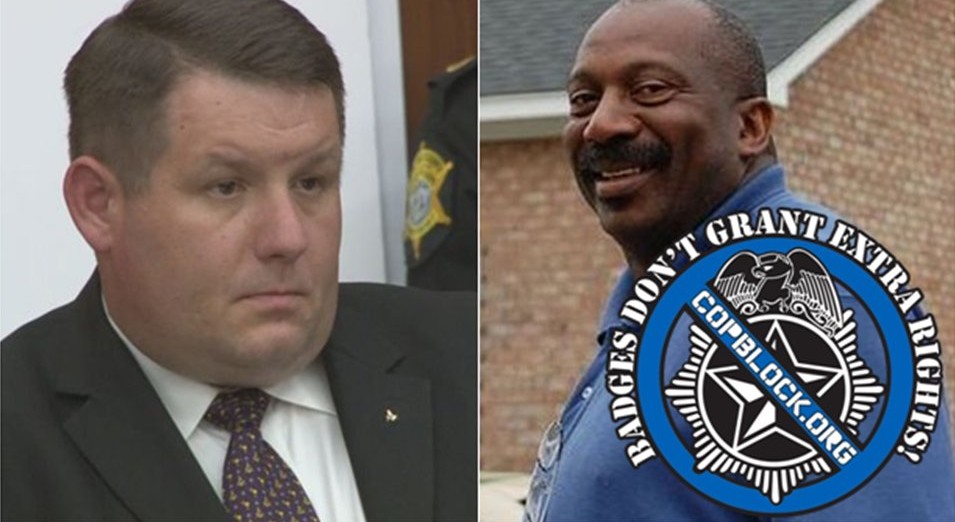 In what appears to be an obvious show of favoritism between prosecutors and law enforcers, a South Carolina police chief charged with the murder of an unarmed man has accepted a plea deal sentencing him to only one year of house arrest.

38-year-old Richard Combs – former police chief of the small Columbia-area town of Eutawville – shot and killed Walter Bailey in May 2011 as he tried to arrest him for an obstruction of justice charge.

Bailey, 54, had argued with Combs on the side of a road about a traffic ticket his daughter had received, before – weeks later – he visited Town Hall to contest the infraction.

Thats when Combs told him he was under arrest and Bailey reportedly stormed out and got in his pickup truck. Combs followed after the man and shot him three times as he attempted to back out of the parking lot.

Combs was suspended after the shooting and was fired several months later when the town reached a $400,000 wrongful death settlement with Bailey’s family.

Prosecutors maintain that Combs was trying to arrest Bailey on a trumped up charge, was not threatened and could have stepped out of the way – but that didn’t keep them from offering to drop the chief’s murder charge in exchange for his guilty plea to “misconduct in office.”

Combs had previously stood trial twice on the murder charge, but both cases ended with hung juries.

Combs was facing up to 30 years in prison for murder but will serve only one year of home detention and 5 years of probation after Circuit Judge Edgar Dickson suspended a 10-year sentence for the misconduct charge.

Bailey’s family told Dickson their loved one was a good man who stayed out of trouble and asserted that he was targeted for arrest by the chief, who was on a power trip, because Bailey had made him look bad.

“We have been on a mission of justice,” Bailey’s sister, JoAnn Bailey-Lawton said. “We know the outcome of this trial will not help Walter. But perhaps it will help some other family, some other young man.”