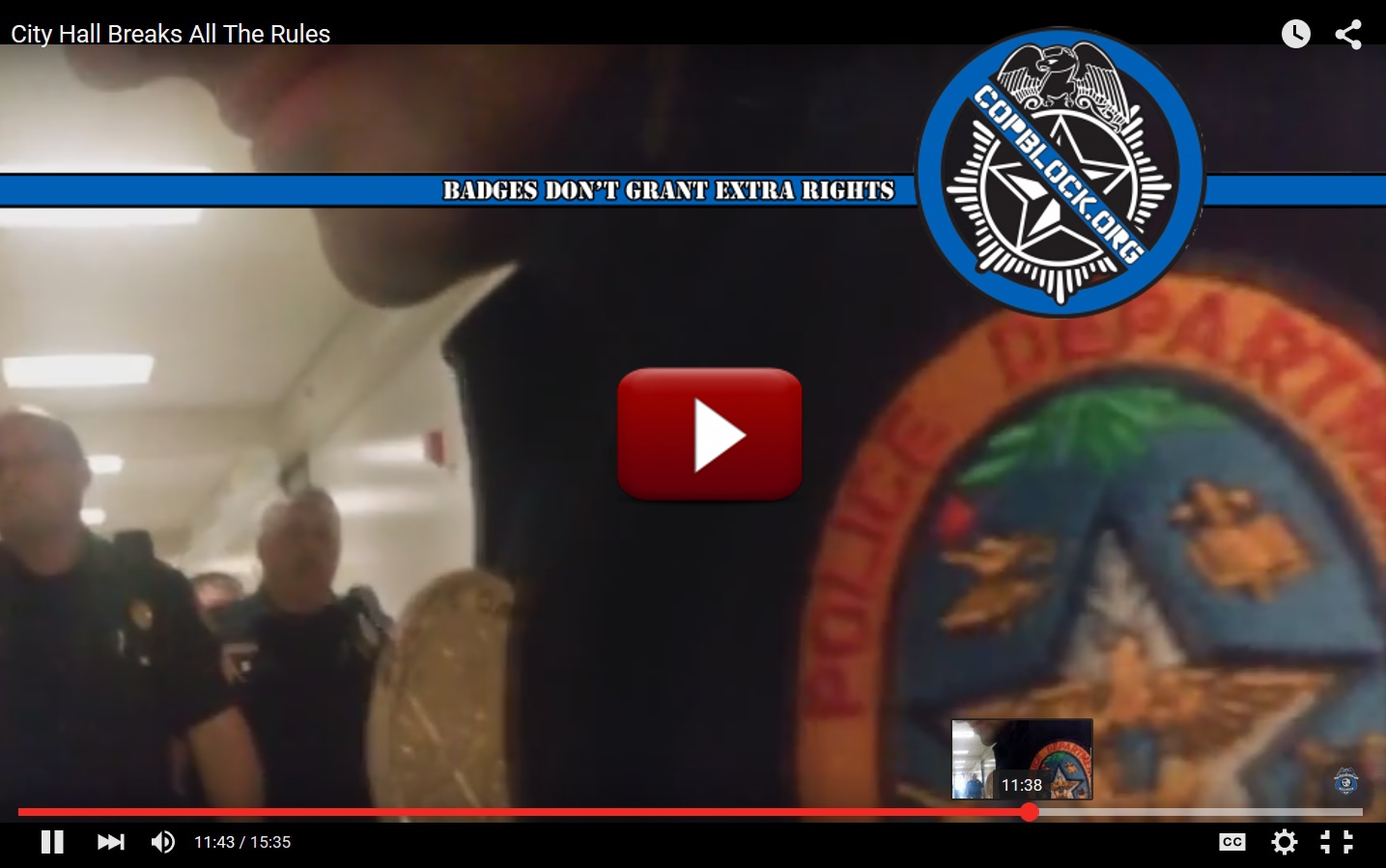 The City of Bethlehem is turning into a police state I have had a long history with the in Bethlehem City Hall in response to their many violations of the Fourth Amendment. They have used “safety” as their number one reason for these violations. As a resident of the town, I have a need to go to the City Hall for documents and FOIA requests.

When I file an anonymous request why do I need to provide ID to pick up that request? Its been reported on a number of times by local news over the last several months since I addressed the city council and the newspapers. I even wrote the mayor a letter about it and never saw a response.

I just keep being told it’s being worked on, but it never does. All the bad press has caused a lot of backlash and insults. Needless to say, I have not made any friends there. Things have taken a real serious turn toward the worst as of late and my once welcoming and open town, feels more like a police state. City Hall has gotten more restricted and local attractions such as the swimming hole have been closed. Our public parks are flooded with armed men to enforce new rules about having too much fun and for concerns about litter. Every major city deals with this problem. Its quite an easy fix. Hire some full time parks people to assist with the cleaning up. Also, just when I thought there may be hope for my city I was met with the sad news that we were now requiring ID to enter our parks as well as our public spaces like City Hall! This is like something out of a Nazi movie.

This insane measure is against everything our country stands for and I was not going to take it without saying something. I decided to head to City Hall, since I had a FOIA request to pick up anyway and ask some questions while I was there. I noticed the man in the front was someone I had not dealt with before.

I simply handed him my press pass from Copblock instead of having yet another argument about an ID policy. I had bigger fish to fry that day. Or so I thought. The man began to ask me my address and phone number! I refused and said “you have an ID for me!?” He yelled and insisted until he realized he was on film. Then he tried to break my camera! Once he realized I was going to actually cause him to possibly get into trouble “he said angrily oh just go already!”

I went in and got my FOIA request from legal and stopped up to Ralph Carp’s office to ask him about the park. He is the head parks and PUBLIC Property. He would not comment, so I was going to leave. Then as I pass the angry man downstairs he started mocking me and getting mad for no real reason. Turns out he had a reason…. My Film the Police shirt made him angry. He started rambling about being a cop for 4000 years and blablabla. I just started laughing at this loon and reminded him who he worked for. He then got really nasty.  Insinuating threats like “I better watch the traffic” And even that “I am playing cop”. I decided to go upstairs and file a complaint (after he refused to call his manager, who is Ralph Carp). I was met with the second in command, Sean Dobson.

Mr Dobson was nasty and refused to look at the video. I then said I will stay in the lobby waiting area for him to be ready. Mr Dobson said I could not wait there. Then when I objected to being told I could not wait for an official there, in this public building. The police were called and five of them came off the elevator minutes later. They were polite, but made me leave the tax funded building that I employ them to run!

The police State is in full effect in Bethlehem PA! The officials do not even try to hide it! ID to move around and anyone they don’t like will simply be forced to leave under threat of violence. I left peacefully escorted out by armed men with shiny badges.

Ask them to please leave our rights alone. Tell them that they are not allowed to stop the public from entering a park or public building! Encourage them to be public servants. Oh, and tell them for me that my last video was just a prequel of what public opinion looks like (since Mr.Dobson openly mocked the measly 600 and change views and comments).