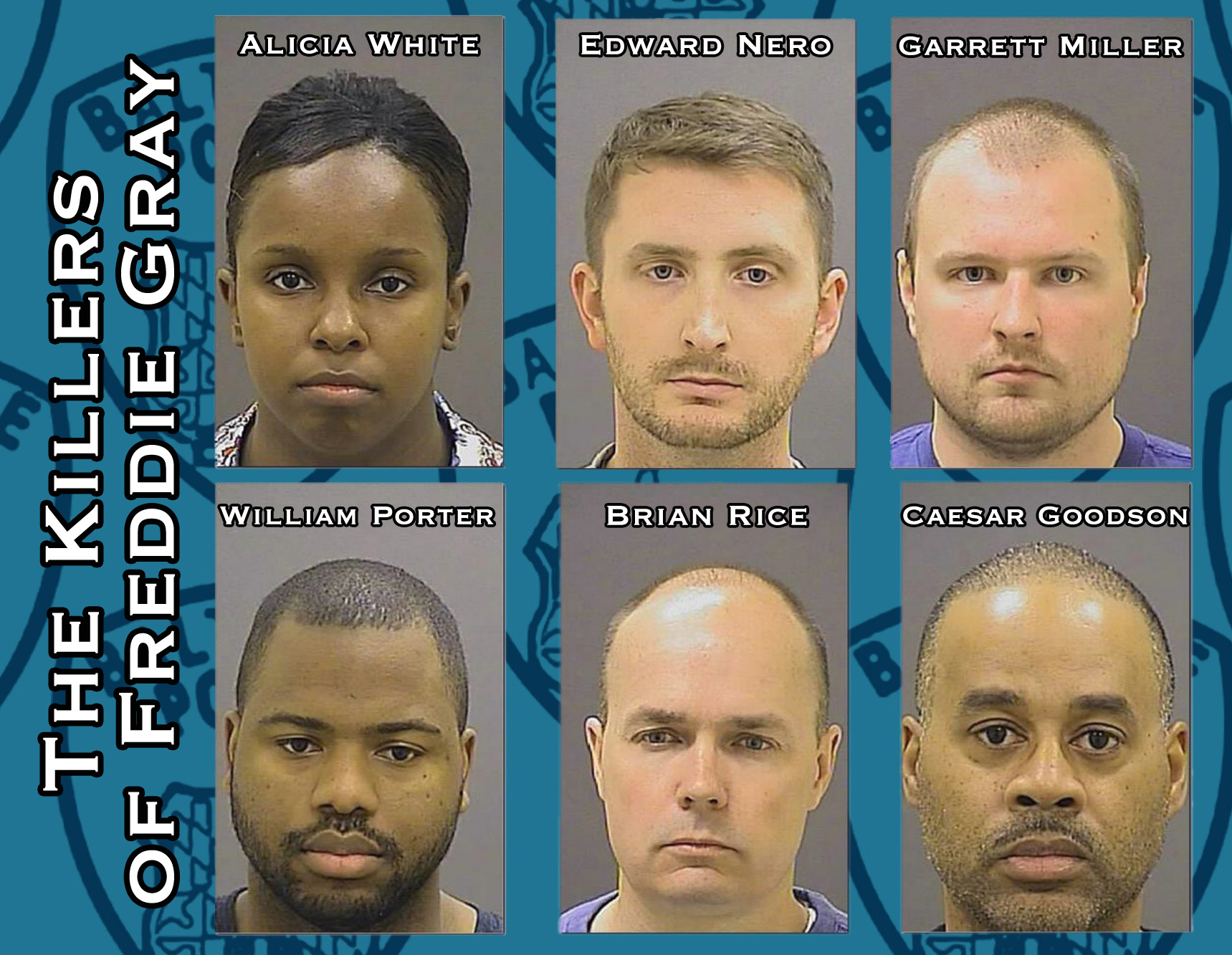 Amid protests, a First Circuit Court judge ruled Wednesday that Edward Nero, Garrett Miller, William Porter, Caesar Goodson, Lt. Brian Rice, and Sgt. Alicia White; the six Baltimore police officers indicted for the in custody killing of Freddie Gray ; will be tried separately when the cases go to trial starting in October. In addition, Judge Barry G. Williams ruled against defense motions requesting that the charges be dismissed because of claims of prosecutorial misconduct and another motion seeking to force Prosecutor Marilyn Mosby to recuse herself from the cases.

It was a motion by the defense that had requested separate trials for the officers. The prosecution was seeking to have Goodson, Nero, and White tried together. The defense motions to dismiss charges or force Mosby’s recusal were based on a contention by the defense that Mosby had issued orders for police to crack down on the area where Freddie Gray was arrested and that his arrest was a result of those orders.

Defense attorneys have also claimed in court filings that BPD investigators had information that Freddie Gray had been involved in insurance fraud schemes, in which he would intentionally injure himself in order to collect settlements. However, they provided no actual proof of that allegation. Outside the courtroom, dozens of protesters (per USA Today‘s estimates) demonstrated against racism and police violence, as well as advocating for convictions against the officers accused of causing Freddie Gray’s death. Signs being displayed outside the courthouse included, “Stop racism now.” There were also chants of “Indict, convict, send those killer cops to jail. The whole damn system is guilty as hell” and “Tell the truth and stop the lies, Freddie Gray didn’t have to die.”

The Baltimore Police Department announced, via Twitter, that one person had been arrested during the protests. in anticipation of further protests during the trial, leave for Baltimore police officers has been cancelled by the department.

The officers are facing various charges ranging from reckless endangerment to second degree murder. According to NBC News:

None of the officers personally attended the hearing. All six of them have pled not guilty to the charges.