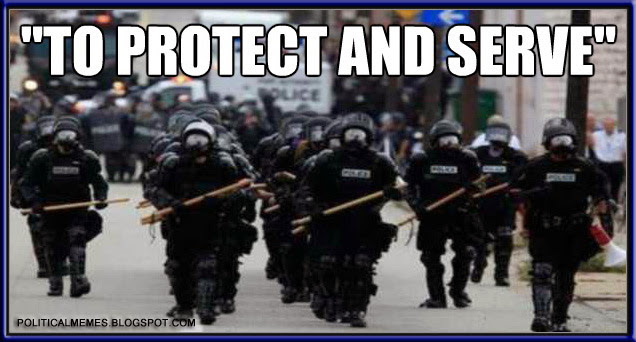 *This story was sent to CopBlock.org via the submission tab, from the Jamison Family, and has been added to by myself* 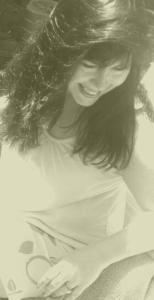 Aside from being a complete tragedy, my heart goes out to the Jamison Family, the story of Kimberly Jamison Ozburn is one that highlights how the government provided “protection” (if you can call it that) is an utter fallacy. Nearly every single police department in this country has some sort of “protect and serve” motto. Yet, on March 19th, 2013 the police failed to protect Kimberly when they refused to enter her home, knowing she was being assaulted, and ignoring their self proclaimed duty to protect, or serve, people.

According to the Jamison Family, via their submission:

Kimberly Jamison Ozburn, was killed in a domestic violence incident in Hoover, Alabama. Amazingly, in the midst of the attack, Kim managed to call 911 – at 9:25 pm, telling the dispatcher that she was being stabbed and begging them to hurry to the scene with an ambulance (see video below). Witnessing the attack, her mother escaped from the home, apparently moments before Kim was stabbed, and also called 911. A number of armed police officers were on the scene by 9:30, fully aware that Kim was being stabbed; an attack was underway. An ambulance was also on the scene within minutes of Kim’s call. However, police stood in the front yard for nearly two hours, feet away from the first-floor bedroom window where Kim and her assailant (who shot himself) lay bleeding to death.

Unable to comprehend the actions of police, Kim’s mother filed a lawsuit against the City of Hoover, but the lawsuit failed, not because of lack of merit, but because of police immunity in the state of Alabama. Recently, the Supreme Court rendered “no opinion” on the appeal. This means that, even when they are on the scene aware that someone has been stabbed and needs an ambulance, police have no duty to act.

Because the case is no longer in litigation we’re releasing [via their website] the 911 calls and many of the discovery items, including police transmissions and police interviews. Losing the lawsuit was disappointing, but it is more important to us to try to make a difference for others.

Time and time again Law Enforcement Officers, and CopSuckers alike, will say that the police are here protect us. Yet, the reality is much much different, as demonstrated above. Just 5 minutes after receiving a call for help the police arrived on scene and instead of stacking up on the door, breaching it (which they didn’t even need to do as it was left open) and effecting an arrest – as they do for drug crimes on a daily basis – they choose to stand down for nearly two hours. In that time Kim’s attacker ended her life and took his own. Only then did the police enter the home and start their paperwork. The police didn’t protect anyone nor did they bring anyone to justice. They merely stood outside, creating a perimeter, while a murder-suicide took place.

The police often claim that they need more weapons, powers and cages to help keep you safe. That 4 am raids on the homes of nonviolent, victimless offenders are needed to keep your community safe. Or that ticketing people for speeding, failure to wear seatbelts and other traffic violations saves lives. Oh, and let’s not forget that police regularly conduct warrantless checkpoints, surveillance of your internet communications and much more. All in the name of “keeping you safe.”

The Jamison family attempted to sue the police, but that fell on deaf ears, and the case was thrown out of court by a federal judge. That’s because the Supreme Court of the United States ruled a long time ago that police aren’t obligated to protect or save you. Yet, on a daily basis the police put themselves in danger repeatedly when conducting their duties for the ‘state.’ Something seems wrong here right? The police don’t have to risk their lives for you but endanger their own (and yours) to stop, ticket and/or arrest you (for state crimes). Kinda makes you wonder who those in , I mean, uniform really serve? Doesn’t it?

Which brings me to the ultimate question when it comes to policing today. If the police don’t have to protect (or serve) us then what are we paying them for? To harass us for petty motor vehicle violations (Samuel Dubose was murdered for this), raid our homes for ‘illegal’ property (Jason Westcott was killed during a raid) or to scare us into compliance for those they do serve? I guess it could be a mixture of all of those things, yet, none of it is good for us (or the LEO).

Which is why I advocate replacing the government ran, funded and institutionalized protection racket with that of a voluntary one. People should be able to pick protection services (or devices – guns, cameras or whatever) as they do when deciding between McDonald’s, Burger King, or Taco Bell. If Kim had those options it wouldn’t guarantee she’d be alive today, but it would probably have greatly increased her chances, IMO. It also would have given her family at better chance at getting accountability and/or closure. If a private company that been contracted to protect her had shown up and did what the state ran police did, they’d be on the hook for failure to provide service. The damages would stem from the loss of life due to their lack of action. Or, at a bare minimum, they’d lose future customers because who would want to pay for a company’s service when they’ve proven to not provide such service?

Wait, did I just ask who would want to pay for a service they won’t get? I guess every single taxpayer in America according to the facts. Paying the government for a service that their courts have ruled has no legal obligation to provide to you. Think of that the next time you tell a CopBlocker that the police protect us.