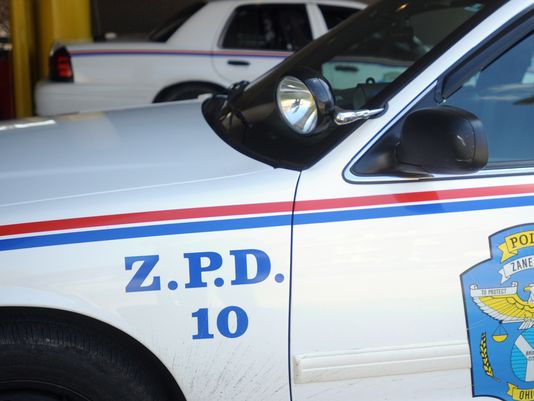 Zanesville Police are at it again. This time it is officer Andrews of the Zanesville PD who doesn’t know the law he is supposed to be enforcing. In the video seen here, you will here officer Andrews detain a man, ask for ID, and then arrest the man for not identifying himself.

You can hear the officer pull up and ask, “what’s goin on man?” As if this is a friend of his or something. He then asks for ID which our videographer refuses to show. And rightly so. Officer Andrews, you seem to be familiar with the failure to identify law, but not how it is to be applied! ORC 2921:29 states quite clearly that you have to have a reason to identify someone in the first place. You had no reason. A man walking in his socks is not illegal or suspicious.(Not that suspicion is enough even!)

(A) No person who is in a public place shall refuse to disclose the person’s name, address, or date of birth, when requested by a law enforcement officer who reasonably suspects either of the following:

(b) A felony offense that causes or results in, or creates a substantial risk of, serious physical harm to another person or to property;

(c) Any attempt or conspiracy to commit, or complicity in committing, any offense identified in division (A)(2)(a) or (b) of this section;

(B) Whoever violates this section is guilty of failure to disclose one’s personal information, a misdemeanor of the fourth degree.

(D) It is not a violation of this section to refuse to answer a question that would reveal a person’s age or date of birth if age is an element of the crime that the person is suspected of committing.

As you can see there has to be suspicion a crime has been committed, is about to be committed, or witnessed a crime. Walking around in your socks trolling cops does not fall into either of these categories. Oh, did I forget to mention, right before this video was shot, the videographer recorded himself telling a state police officer to leave! You can see that video here.

This seems an awful lot like this man was targeted by one cop for trolling another. Zanesville cops sure haven’t learned a thing since we have been visiting them. This is why we record your officers. This is why your officers can not be trusted. This is why you should be weary of them as well. We are not making this stuff up. This video represents a clear reason why everyone in Zanesville should be recording these crooked ass cops!

Congratulations to Patrick Solomon who recorded this video. He has court on September 22, 2015 at 8:45am. Give Zanesville police a call and ask if it is illegal to not identify yoursaelf to an officer. See if they tell you the truth. Then ask why they arrested Patrick and if they plan to drop the bogus charges levied against him. Ask if Officer Andrews will be receiving retraining on the Failure to identify law. Here’s the information for Zanesville Police.