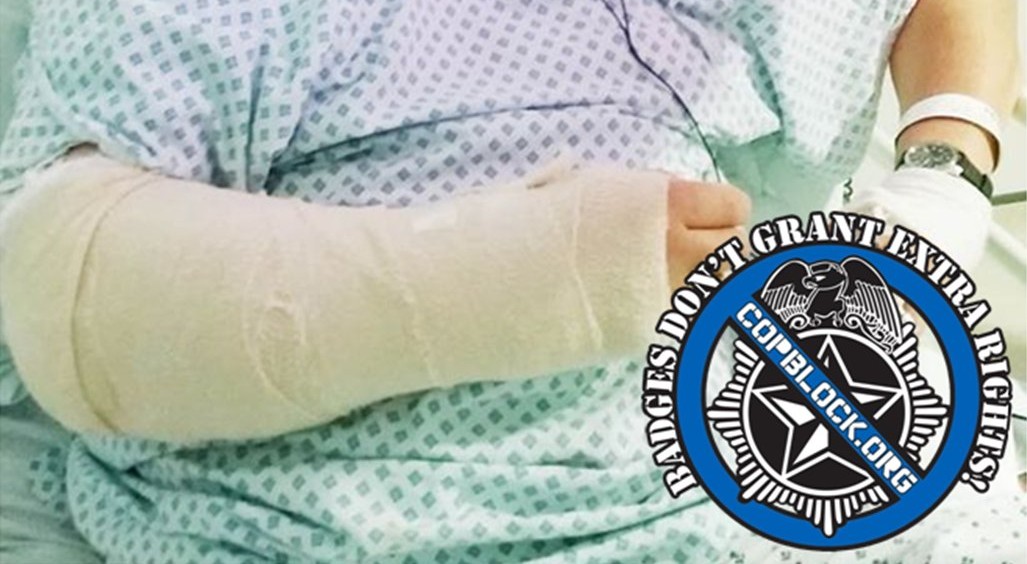 A California man is claiming in a federal lawsuit that Santa Clara County deputies beat him to a pulp after pulling him over for riding a bike without a headlight on December 8, 2014.

Manuel Salazar admitted in the September 4 lawsuit that he ran toward a Burger King parking lot in San Jose after being stopped on his bike, but says he had surrendered with his face down on the ground when officers “needlessly” brutalized him.

The lawsuit claims officers Carrie Gordon and Alan Reyes slammed the mans face into the ground – and kneed and kicked him – which broke his elbow and forearm, injured his face, back and neck, and knocked his teeth loose.

Salazar says he had complied with the officers’ orders to stop and show his hands before surrendering on his belly, and asserts that he was not resisting during the vicious beating.

After paramedics arrived on the scene, the lawsuit claims, one officer told Salazar “that if he were to accept any medical treatment he would press so many charges that [the man] would never see daylight.”

Salazar says because of the threat, he refused medical treatment but when he arrived at the Santa Clara County jail, “medical [staff] would not book [him] without proper medical care at the hospital, given the extent of his obvious injuries.”

The man was then sent him to a hospital and the officers “falsified arrest reports to conceal their misconduct and use of excessive force,” the lawsuit claims.

“Plaintiff Salazar was unarmed and was actually lying surrendered, face down on the ground at the onset of the excessive force,” the federal suit asserts. “Salazar never posed a threat to anyone nor was attempting to thwart the officers’ investigation.”

The suit does not detail what charges were levied against Salazar after the incident and Santa Clara County police officials have made no comment on the allegations.