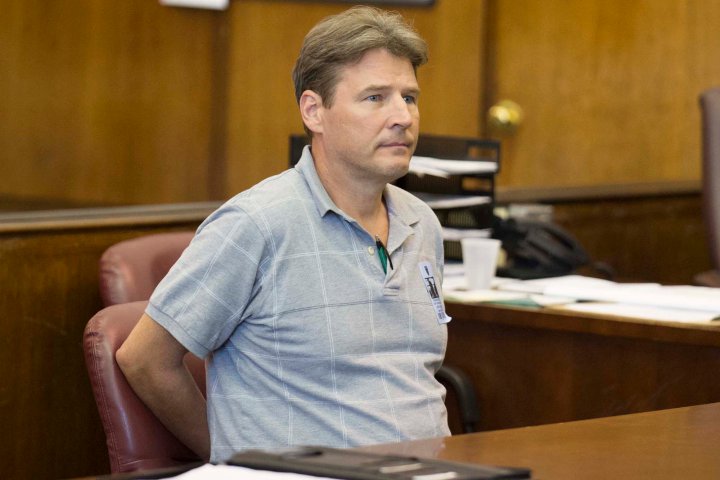 NYPD Sergeant Michael Iscenko was arraigned Wednesday in Manhattan court. It seems the sexual deviant couldn’t resist throwing his semen on a female, civilian employee while walking down the hall at One Police Plaza.

According to police reports, Sgt. Iscenko saw the victim, an administrative aid reportedly in her 60’s, walking away from the women’s restroom. He then came up behind her and ‘threw’ a substance on her leg and shoe from behind.

The unidentified woman filed a complaint with the police and a warrant was obtained for Sgt. Iscenko’s DNA to confirm a genetic match.

Sgt. Michael Iscenko pled ‘not guilty’ at his arraignment on misdemeanor charges of sexual abuse, Wednesday, even though the sexual assault was captured on security cameras and DNA has already matched his ‘genetic material’ with that located on the victims shoe and clothing.

Sgt. Iscenko was released on a mere $3,000 bond. According to the New York Post, Assistant District Attorney Emily Ching recommended that Iscenko plead guilty to the charge and complete four years of group therapy at the Mustard Seed Program. According to their website, they aim to help their clients by getting them to accept “responsibility and controlling sexually deviant thoughts, actions and behaviors”.

At Cop Block, we constantly point out that ‘Badges Don’t Grant Extra Rights’ – or at least they shouldn’t. However, this is a perfect example of how police are often charged with lessor offenses, if they are charged at all. A quick Google search reveals several similar cases in which the offender was charged with numerous felony counts. Charges often associated with a sexual crime such as this include harassment, assault, sexual assault, disorderly conduct, and public indecency. Often, bond amounts are greater than $100,000 – not a measly $3,000!

If this is how the NYPD treats women, it’s no wonder why they treat homeless people like garbage. Please feel free to drop a line to the NYPD!