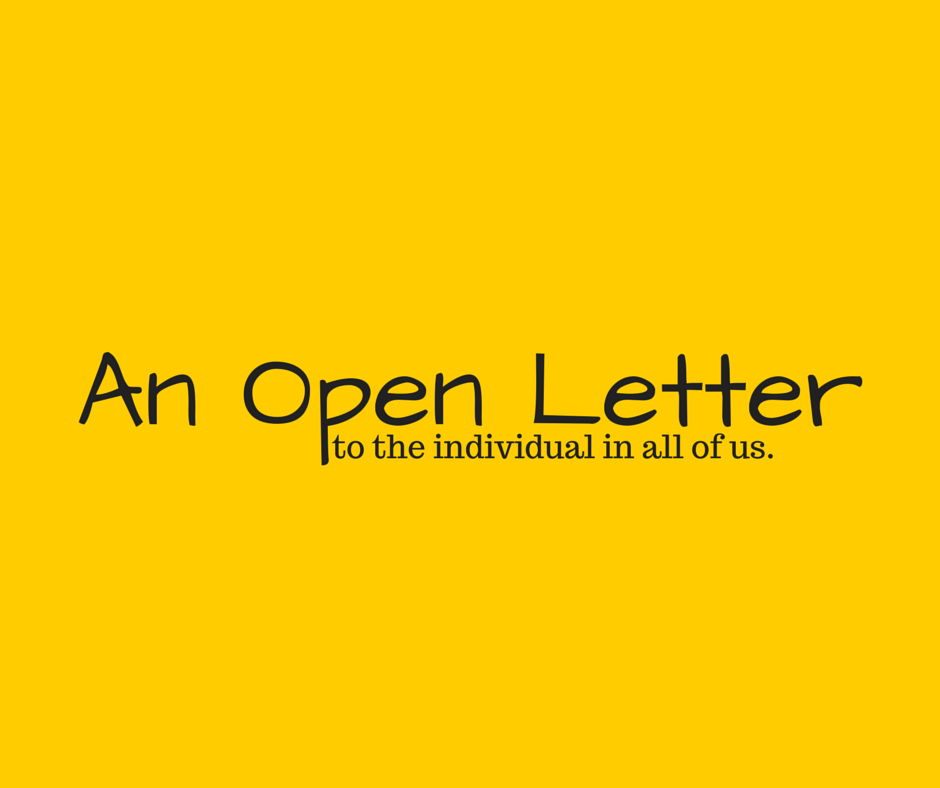 The following post was submitted to CopBlock.org via the submission tab by “TwigCop.” Clearly the name – and most likely the email – are fake but I felt that the content is in fact one of a LEO’s and decided to publish it in its entirety. I’ve added hyperlinks and graphics to this post but nothing else.

I am a cop. I came to your website from Facebook, because I like to try to understand perspectives that differ from my own. I was pleasantly surprised to find your “Welcome LEOs” page. I’d like to accept your invitation and respectfully offer my own perspective; we need to listen to each other more, and better. Excuse the long essay, but these thoughts have been percolating for a while.

I grew up in a major city in a progressive community, and became involved in activism in high school and college, ultimately going into journalism. I nursed a healthy disdain for police officers, until I spent 8 hours in a squad car with one for a story.

This officer shattered my preconceptions. He had left a lucrative career in engineering to become a cop. He told me the “the best cops think of themselves as social workers, not soldiers. We do our best to help people.” I watched him respond to a call with a mentally unstable homeless man, and employ empathy and communication skills to de-escalate the situation. He saw himself as a social caretaker and protector first, not an enforcer. He didn’t write a citation the entire shift. Nobody went to jail; that homeless guy went to a mental health crisis center at a hospital, though.

That experience started me down the path to policing, first as an officer in that same city, and now in the field of natural resource policing. I see my role as an arbitrator, referee, and protector. My goal is to uphold public safety; enforcement is just one tool on my belt to do that, along with diplomacy and respect. My contact style embodies three principles: people want to be treated like people, people want to understand what is happening to them, and people want to be given choices. My measure of a good contact is whether it ends in a handshake or a thank you, even if it also carries an arrest or citation.

I wear a body camera, and encourage citizens to record my contacts, if they so desire, as long as it doesn’t interfere with the safety of myself or those around me. I am proud of how I conduct myself as an officer and have nothing to hide.

I never lost my critical view of institutions, though. Our society is structurally unequal, racially and economically. Neoliberalization has wreaked havoc on communities nationwide, and the ill-advised and wasteful war on drugs has given the criminal justice system the tool it needs to engage in intrusive social surveillance, criminalization, and incarceration of those who already struggle. Officers are disproportionately likely to interact with and use force against minorities because minorities are poor, and our social policy toward poverty is to manage it with the criminal justice system. This, coupled with the emphasis on Broken-Windows, statistics-driven policing, has created a perverse set of incentives for officers.

The militarization of law enforcement also alarms me greatly; for as social psychology research tells us, when you dress a person like a soldier, they will tend to act like a soldier. There are times when we need to respond in tactical gear; barricaded suspects, mass shootings, robberies. Protests and nonviolent drug warrants are usually not those times.

In short, my assessment of the problem mirrors that of many who are angry at the police.

Criminal justice reform in this country is sorely needed. We need to decriminalize drugs. We need to emphasize restorative, not retributive, justice. We need to empower and involve communities in their own safety and security. We need to take the officer out of the car and get him back on the street, communicating with and getting to know the community he protects by being a part of it, not driving through it.

For these reasons, I’ve viewed the emergence of a national conversation around criminal justice with guarded optimism. I want to see change, too! I want to hear the voices of those who have been ignored, who have important frustrations and fears to express about profiling, use of force, and incarceration.

The thing is, I often feel they don’t want to hear my voice. When I go on patrol, I put myself in harm’s way. I may seem unreasonably nervous on a traffic stop, or irritate you when I firmly order you to remove your hands from your pockets. I may frisk you for weapons. YOU know you are a good person, and bear me no ill will. I cannot assume that, unfortunately; because the one time I let my guard down, may be the time I find myself staring down the barrel of a Glock. It may sound cliché, but the vigilance that police work requires, and the use of force that sometimes stems from it, is impossible to understand until you’ve been there, and realized how close you come to death some days.

And sometimes, we have to hurt or kill people. Admittedly, police in America are well-trained and conditioned to employ violence, and poorly equipped to employ diplomacy. Crisis intervention, de-escalation, and practical psychology are tools all officers should be required to demonstrate competency in, just as they do with their firearms and hand-to-hand skills. And we must do a better job of hiring those who want to help, not take their own internal demons for a walk.

But the reality is that we live in a violent society, and as long as husbands are drunkenly beating or raping their wives at 4AM, and as long as the Dylan Roofs of the world are marching into churches with tactical weapons, we will need police who can respond swiftly and forcefully. A “community reconciliation circle” does nothing for a violent assault in progress.

I want to support you. I really, really do. But in my old city, Black Lives Matter protesters just rallied in support of a former felon, convicted previously on weapons charges, who was shot at by police after he tried to run over two police officers with an SUV. And the movement has chosen as its figurehead a man that overwhelming forensic evidence has demonstrated attacked an officer, and most likely tried to take his weapon. This, and every “fuck the police” bumper sticker your website sells, send me and other officers the message that you do not care about our safety, and we are just an enemy to you. It makes it harder for me to advocate a more progressive approach to policing to my fellow officers. And it makes it harder for me to maintain an open mind, myself.

But I want to get there. I want to build a more progressive, just, and peaceful justice system with you. But you, also, must keep an open mind, and remember there is a heart behind the badge, too. I’m hoping that this post will generate an open and respectful dialogue, so we can try to understand each other’s perspectives.

I’d like to close with a quote from one of my role models, former Seattle Police Chief Norm Stamper. In responding to the Occupy protests, he also recognizes the difficulties that face us, but he paints a picture that is beautiful to me.

“There will always be situations—an armed and barricaded suspect, a man with a knife to his wife’s throat, a school-shooting rampage—that require disciplined, military-like operations. But most of what police are called upon to do, day in and day out, requires patience, diplomacy and interpersonal skills. I’m convinced it is possible to create a smart organizational alternative to the paramilitary bureaucracy that is American policing. But that will not happen unless, even as we cull “bad apples” from our police forces, we recognize that the barrel itself is rotten.

It will not be easy… But imagine the community and its cops united in the effort to responsibly “police” the Occupy movement. Picture thousands of people gathered to press grievances against their government and the corporations, under the watchful, sympathetic protection of their partners in blue.”