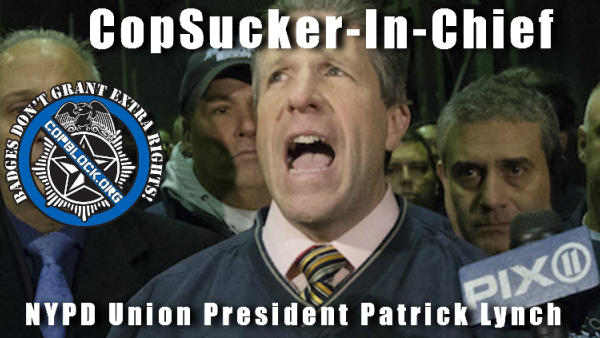 You claim that we, the ‘armchair judges’ of America, are not qualified to judge the actions of police officers putting themselves in harm’s way (laughably, you say it’s ‘for the public good’).

Since when did arresting a black man, who committed no crime, constitute ‘for the public good’? Or was it in the interest of justice that your officer slammed Mr. Blake to the ground? After all, he doesn’t look like you, and he had the balls to stand outside of a hotel – How dare he!

If you are ‘mystified’ that people across the world write about your officers, especially when there is video, then perhaps you need a different job. We do not need a video with ‘sound’ to see that your officer was in the wrong. Additionally, it is a culmination of illegal actions of police across the country that is worsening the police/community relations, not the people who report on those crimes.

Sure, in a perfect world that you would design, you would make it illegal for anyone to report the criminal actions of any officer. Should we not have reported on NYPD Sergeant Michael Iscenko, who threw semen on a co-worker? Perhaps you would have us forget about how you wanted police officers to publicly shame homeless people? Do you remember when four of your officers beat a gay man while yelling homophobic slurs? The world knows how you disagreed with the decision to release the records of the cop who murdered Eric Garner.  I wonder if you defended the 19 cops charged with wrongdoing?

There are hundreds, if not thousands, more articles about the corrupt officers that you so blatantly protect. Here is a link if you would like to read a few more. Perhaps then you can see that it is you and your officers that are ‘un-American,’ as you put it, and not the victims of your crimes or the people who report on them.

Instead of taking even the tiniest blame in the unlawful detention/arrest of James Blake, you place the blame squarely on the shoulders of a complainant. Maybe next time, instead of assuming that a random black guy on the street is a criminal, have your officers do their ‘homework’ first. Your first lesson should be ‘How Not to Violate the Civil Rights of Citizens 101.’

You continually talk about the dangers that police officers face. You do realize that there are numerous jobs that are more dangerous and deadly than cops‘, right? Perhaps you are ignorant and do not realize that most ‘dangers’ that police face are a direct result of their own stupidity, arrogance, and total ignorance of the law.

The citizens of America are once again disheartened to see another officer abuse his ‘authority,’ only to place the blame somewhere else – somewhere other than the NYPD. Perhaps this is why citizens have moved beyond the professional ‘execution’ that you refer to, to a more literal meaning of that word.

Take some responsibility for your actions and the actions of your officers. Stop defending out-of-control and corrupt officers. For once, stand with justice and common sense. It’s okay to cross that ever-diminishing ‘thin blue line.’

In fact, I would like to personally extend an invitation to you, Patrick J. Lynch, to write an article at CopBlock.org. Perhaps we can even have an intellectual debate, providing you are mentally equipped to do so.