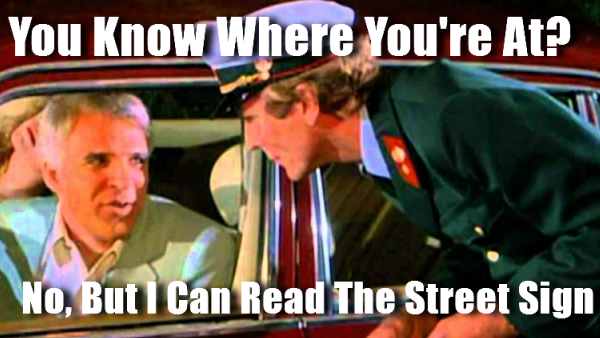 Lubbock, Texas – A video has surfaced showing Texas police performing a ‘field sobriety test’ on a man suspected of being drunk. However, the test doesn’t go as planned.  The officer has the man recite the alphabet from ‘H to U’ and then count backwards from ’23 to 15′. After easily passing the test, the officer questions the man on why he ‘went too far’ while counting backwards. The man simply responds, “I just wanted to show you that I could cover all of that.” However, it’s the next part that, in my opinion, is quiet hilarious.

Officer: Do you know what street you’re on?
Man:  I don’t know, I don’t live around here. But I can read the (street) sign over there.

Still not satisfied with the man’s ability to read street signs and his ability recite the alphabet and count backwards, the officer administers a “Horizontal Gaze Nystagmus Test“.

It’s important to note that the officer did not follow proper protocols for this test.  According to the National Highway Traffic Safety Administration, the officer must “instruct the subject to follow the object with the eyes and the eyes only ­(and that) the head should remain still”.  In fact, it was the supposedly intoxicated man who asked the officer  “I’m assuming you want me to follow this finger?”

Even though I’m not ‘qualified to judge police officers’, as NYPD Union President so eloquently put it, it’s obvious that the officer here had no idea how to properly administer a field sobriety test (the officer should really learn what 45 degrees looks like – Reference, Page 9)

So why this article? It is well documented that police departments across the country have quotas. In fact, NYPD officers were caught falsifying charges against citizens to meet those quotas. If you are forced to ‘interact’ with a police officer, please keep the following in mind: