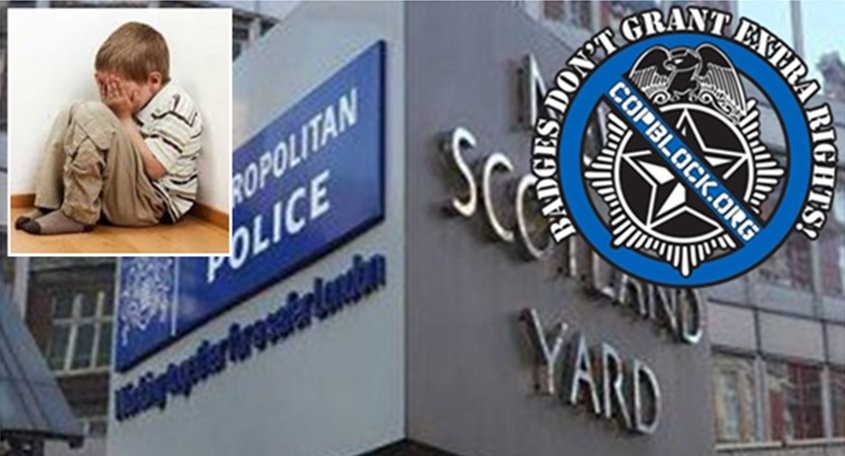 Government watchdogs in London, launched in March, an investigation into claims that Scotland Yard covered up child sex abuse crimes because of the involvement of MPs, police officers, and officials.

After announcing twelve more investigations into the Metropolitan Police Department on Wednesday, the Independent Police Complaints Commission is currently examining 30 allegations of corruption by MPs and Met police relating to child sex offenses from the 1970’s to the 2000’s, in which it is claimed that officers suppressed evidence, hindered or halted investigations, and covered up offenses to protect their colleagues.

Additionally, Scotland Yard has revealed that 18 other allegations have also been referred to the IPCC that are still awaiting approval to proceed with investigations.

They are being conducted by the internal professional standards departments at the Met and Essex police departments – and are being overseen by the IPCC.

Among the previous allegations include a claim that government documents found at a child sex offender’s address tied a number of “highly prominent individuals” including senior police officers to a pedophile ring before no further action was taken and the investigation was dropped.

The IPCC has also said, that an investigation into young men being targeted in Dolphin Square, an apartment complex popular with MPs, was also allegedly abandoned because officers were “too near [to] prominent people.”

Other allegations claim surveillance operations of a child sex abuse ring were shut down because “high profile people” were involved, and that intelligence gathering on a politician suspected of being involved in pedophile activities in the 1970s was ended by a senior MPS officer.

In still other claims, it was even alleged that police officers sexually abused a boy and carried out gang-stalking-type surveillance on him, and that an investigation into a pedophile ring that resulted in multiple convictions, did not take action against “more prominent individuals.”

The new cases announced on Wednesday result from eye-witness testimony by retired officers and include allegations that a prosecution against an official over child-pornography was dropped after the advisement of senior officers, that top officers shut down an investigation into a south-west London pedophile ring in the 1970’s, and that an MP was arrested and then released without charges during a south London pedophile ring investigation in the 1980’s.

Also alleged is that evidence relating to child abuse at a youth club involving politicians and council officers in the 1980s and 90s went missing from a London police station, that an MP was charged with lesser child sex offenses than were pursuant to his crimes, and that an investigation in to child sex abuse in central London in the 80’s was halted after it was revealed that an MP had been implicated.

There are also claims that a special branch of the department made attempts in the 1970’s to interfere in an investigation in to an MP’s involvement in child sex offenses, and that officers were also allegedly threatened with breaking the Official Secrets Act if they exposed the truth.

“The [Metropolitan Police Department] recognize[s] the severity of the allegations, and the importance of understanding whether or not our officers had in the past acted inappropriately,” a Met Police spokesperson originally said in March after investigations were first announced.

The spokesperson added, “ongoing investigations and recent convictions by officers from the Sexual Offenses, Exploitation and Child Abuse Command have shown that the MPS is fully committed to investigating non-recent allegations of [child] sexual abuse.”