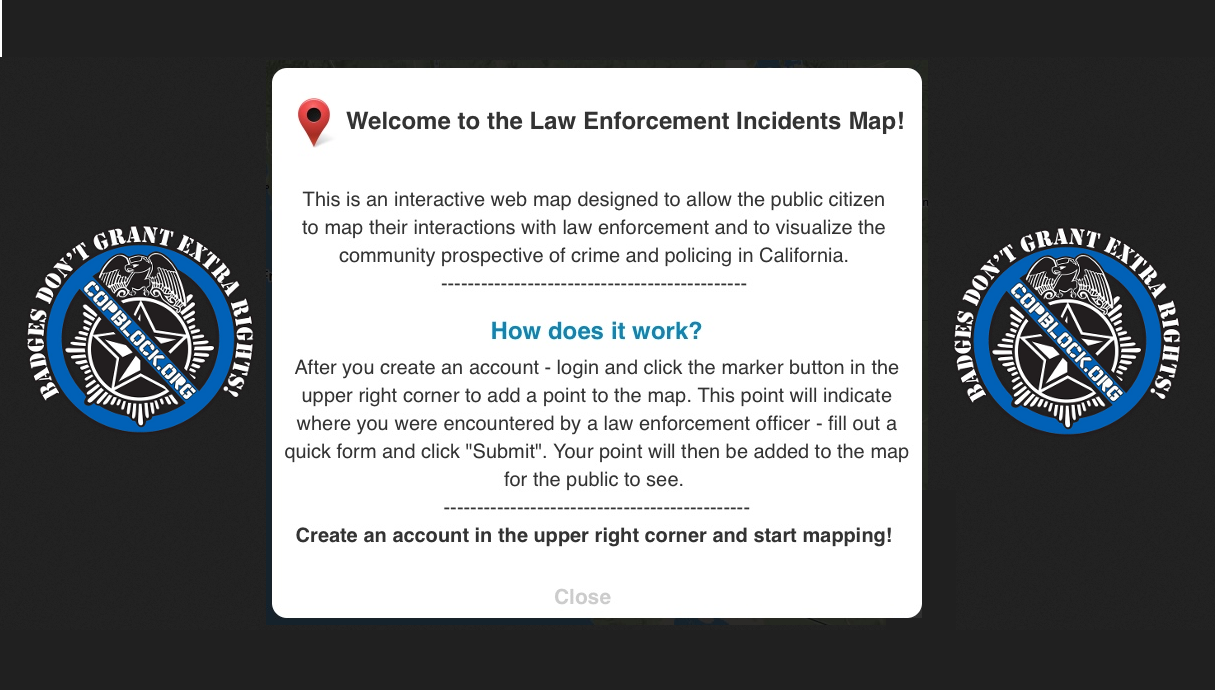 Originally, I was sending David links to my youtube videos for him to test with, but today I signed up for free and made my first actual submission. Its surprisingly easy. You click “mapping projects” in the upper right corner. Click the Law Enforcement Incidents Map. Follow the instructions for a quick, and easy sign up, and you’re ready to start submitting your interactions with your local law enforcement.

If you are a CopBlocker I would invite you to use this simple and effective mapping system to track police in your town, and more effectively plan your CopBlocking missions.

David isn’t exactly a police state activist, but he is someone who has seen a need for effective tools to combat prevalent police brutality. He has a Masters Degree in GIS science. David had a simple reason for creating this app.

“I like data. Specifically location data.I also know that police brutality, and other injustices are prevalent, so I wanted to create an app where the public are able to tell the story, instead of adhering to the department narrative”

The great thing about a tool like this, is it can serve many functions.

I thought of these three with little to no effort. How many other uses can you think of?

I would suggest coupling this tool with Cell 411 or similar apps in order to be as effective as possible. Safe communities don’t need cops and by working together, as well as utilizing the tools available to us, we can topple the police state.

David created this app to combine his experience in GIS mapping, with his interest in custom web mapping to provide a useful and effective outlet for the average citizen to hold the police accountable.