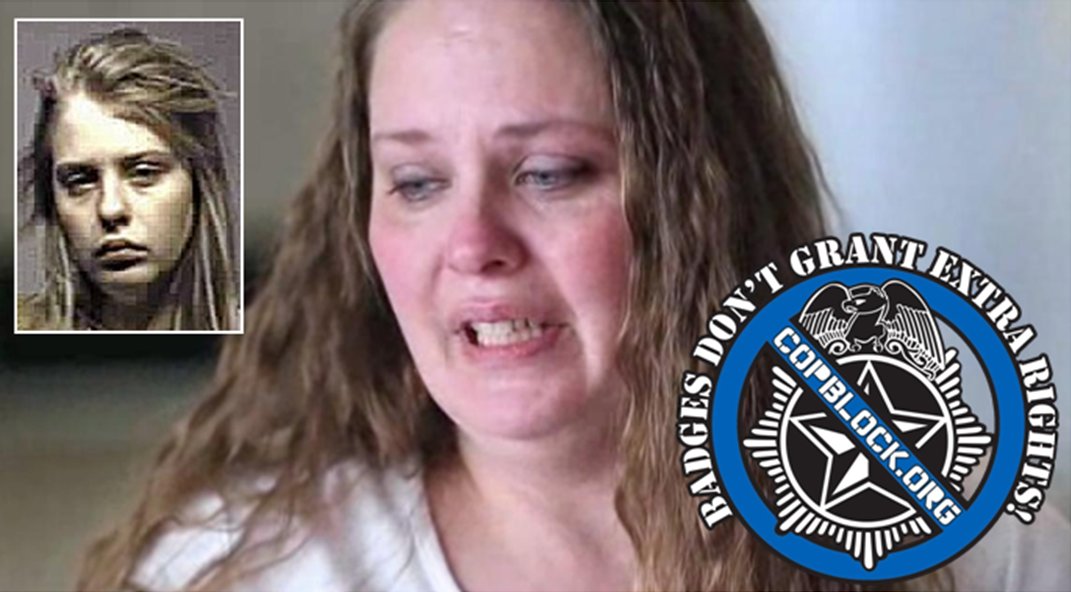 A Tulsa, Oklahoma woman exonerated by DNA evidence after spending 20 years in prison for the murder of her infant son is suing police in federal court alleging they planted and tampered with evidence, and coerced her into admitting to a crime she didn’t commit.

Murphy asserts that Detective Mike Cook coerced a confession from her “which had no basis in reality” and “knowingly used this false evidence” for a probable cause arrest affidavit after she found the body of her infant son nearly decapitated back in 1994.

The woman, who was only 17-years-old at the time of the incident, was convicted of first degree murder in November 1995.

She claims Cook threatened her into saying she was in a “dream” and “accidentally fell” and cut through her son’s neck, which police announced in a “misleading” news release saying she had confessed.

The lawsuit goes on to say:

Faced with this reality, acting individually and in concert, the defendants then intentionally planted evidence and fabricated false inculpatory evidence against Ms. Murphy irreparably and unconstitutionally tainting her criminal trial by distorting the other evidence presented against her – faulty and false blood comparison evidence from the so-called forensic lab and evidence from a paid informant whose recent release from a mental hospital was withheld from the jury… Det. Cook even groomed the probable killer into a star eyewitness before the witness died under mysterious circumstances.

Murphy says that after serving 10 years, defendant criminalist David Sugiyama defied a court order that prevented evidence testing that would have triggered a new trial in her case.

In May 2014, the woman was released from prison based on DNA evidence and was exonerated four months later when District Attorney Tim Harris declined to retry her because of lack of evidence.

“It meant the world to me to finally hear that it’s been acknowledged, something I’ve been trying to prove for 20 years,” Murphy said following her release. “Something I’ve known in my heart.”

Tulsa police and officials have not commented on the pending litigation.