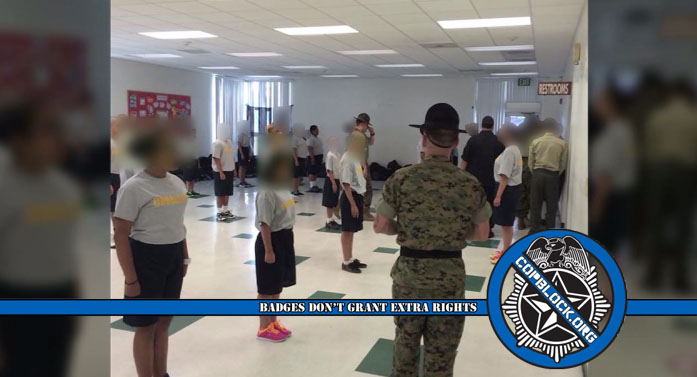 Children as young as 12-years-old were beaten and tortured by 4 California police officers. Prosecutors filed multiple misdemeanor counts of battery, cruelty to a child by inflicting injury and corporal injury to a child against Edgar Yovany Gomez, 35, and Carlos Manuel Gomez-Marquez, 32, both of South Gate Police Department. Marissa Elizabeth Larios, 36, of Huntington Park Police Department was charged with one count of battery and two counts of cruelty to a child by inflicting injury, according to the complaint. Patrick Nijland, 47, of the Huntington Park Police Department, was allegedly involved in the torturing of kids, but the DA referred his charges to the Los Angeles district attorney for prosecution.

The San Luis Obispo County Sheriff’s office had arrested those officers, recommending multiple felony charges. However, it appears now that the District Attorney lowered those charges to misdemeanors.  Three of the officers are being arraigned today, 9/21/2014, and this story will be updated to reflect the current total and type of charges for each officer.

According to prosecutors, as many as 15 children, ranging from 12 to 16 years of age, were slapped, kicked, stomped, tortured, and beaten – often leaving the children bruised and bloodied. One child returned home with a broken hand.

Attorney Gregory Owen, who is representing several of the victims, stated the abuse began by the officers punching the children in the head and stepping on their hands and backs (while the children were doing push ups), and beating them in a ‘dark room’.

Owen also stated that the officers threatened the children with even more physical harm if they ‘told anyone what had been done to them at the camp’.

According to she San Luis Obispo County Sheriff’s Office,

Nijland was arrested for: 1. Willful cruelty to a child (felony), 2. Criminal battery (misdemeanor), 3. Abuse under color of authority (misdemeanor).

Please feel free to call the District Attorney’s Office at (805) 781-5800 and let them know you want those officers prosecuted!