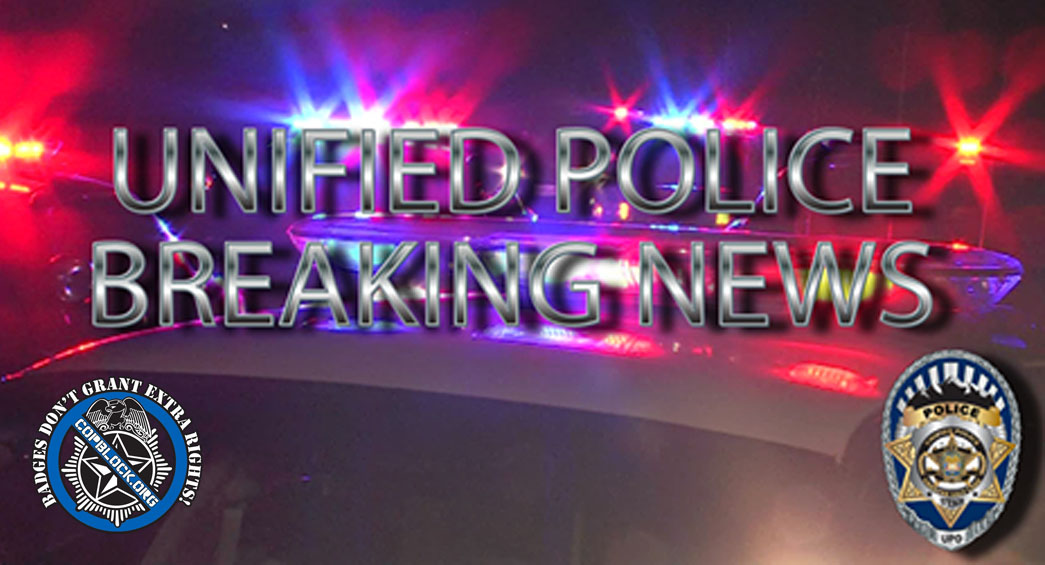 The video below was submitted by Bret Black via the CopBlock.org submission tab. We encouraged everyone to share their videos, stories, thoughts or tactics pertaining to police, police abuse or policing in general via the page. Simply click here.

As you’ll see in the video below Officer Potts is bothered by Bret’s filming of her ‘duties” and uses the usual police threats – of caging – in an attempt to get Bret to stop recording. Thankfully Bret isn’t a pushover and knows he’s well within his rights to film. Maybe he’s visited the CopBlock.org “Film the Police” page in the past? Watch the video.

Seems like Officer Potts got a lesson about recording in public spaces and loitering. Did you also notice how quiet Officer Potts was after her conversation with the sergeant. Even her demeanor changed as she redirects her attention back to the traffic stop at hand; which is what she probably should have been doing the whole time.

Another interesting aspect to this video is the conclusion where Bret has a light conversation with the sergeant. Not only is that officer fine with the recording but he also acknowledges several points Bret makes when describing today’s police, including saying, “We’ve lost that one [the war on drugs] a long time ago.” Bret then continues to state how police need to stop seeing everyone as a threat and to stop assuming they need to boss everyone around. Of course the sergeant does give Bret a little lip service, claiming Potts is “just doing her job”, but Bret lays out the trump card by informing the sergeant that he’s a former LEO.

Interesting how a person who worked as a police officer for 20 years is now out filming the police and advocating they rethink their jobs. I guess that smashes the whole “all CopBlockers are criminals” argument (LOL). I can’t wait to see more former LEO’s turn their back on the “thin blue line” and work towards providing a better service for the customers (and work environment for themselves). Until then, I’ll just have to enjoy the videos of folks who know their rights and put officers who don’t in check.