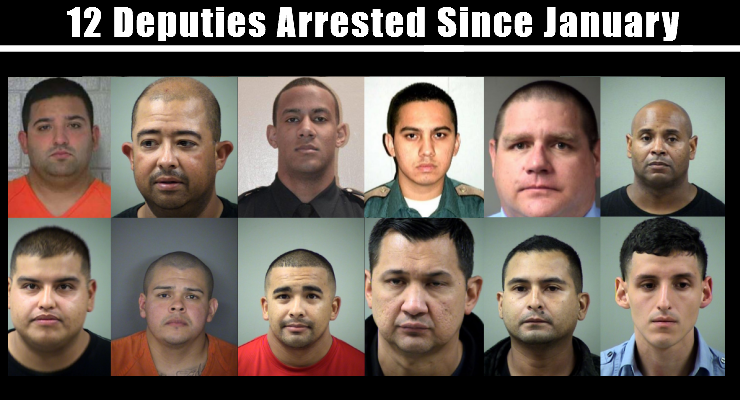 San Antonio – It’s becoming more and more common to see police officers being arrested for their criminal actions. However, one sheriff’s office seems to employ the ‘creme of the crop’ when it comes to inept, incompetent, and unqualified officers – the Bexar Sheriff’s Office.

Despite Sheriff Susan Pamerleau’s contention that she runs her office with ‘professionalism and excellence’, 12 of her deputies have been arrested since January of this year.

Instead of taking a tougher stance against her criminal cops, she simply brushed off the crimes of her deputies, saying the crimes committed by her deputies “are all crimes that plague the community” – You know, ‘everyday’ crimes that ‘normal people commit.

Here are the deputies that have been arrested this year, since January:

Sheriff Pamerleau may need to re-read the oath that is taken when deputies are ‘sworn in’, specifically the part where it says “and will to the best of my ability preserve, protect and defend the Constitution and Laws of the United States and of this State“.

The Bexar Sheriff’s Office made international headlines earlier this month, when a video was released showing two of their deputies killing a man who had his hands raised in the air. The Sheriff was more upset with the video being recorded, than the actions of her deputies. 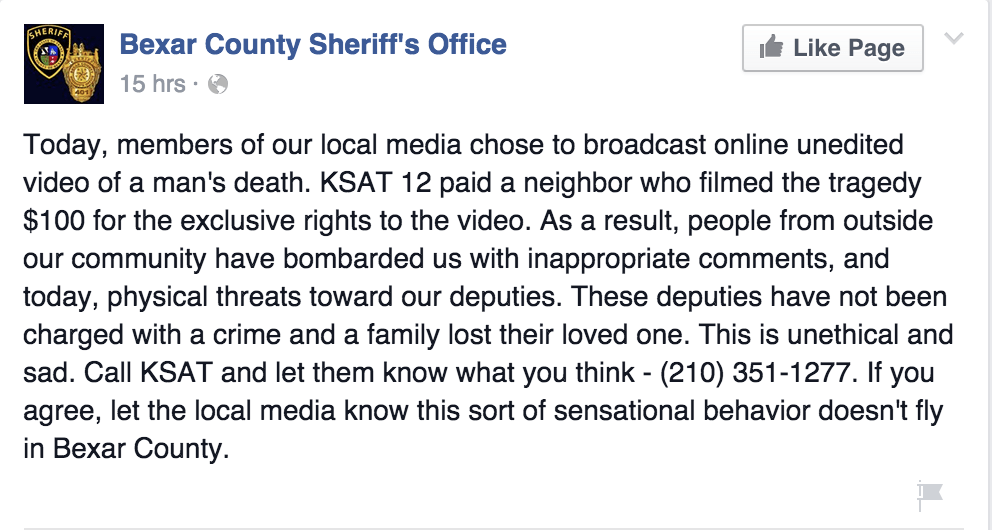 The biggest difference between citizens and law enforcement officers, is that LEO’s take an oath to uphold the law. They are held to a higher standard – they may not like it, but it comes with the job. ‘Badges Don’t Grant Extra Rights’ – PERIOD! If you feel the same, please considering donating to the Cop Block Network. You can donate as little as $1. You can also support the work we do buy purchasing some great gear from the Cop Block Store.