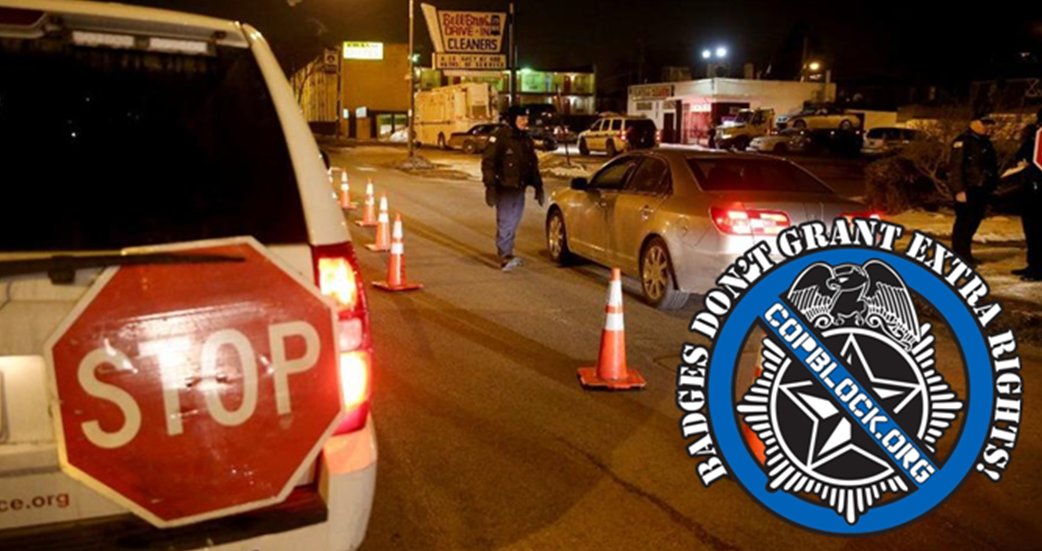 After police in Berwyn, Illinois were pressured by superiors to fill ticket quotas, officers set up and executed questionable DUI checkpoints in which the department failed to follow federal guidelines, one police official says.

In a sworn statement, the unidentified official says the stops enabled police to make contact with more drivers than they might have otherwise in a manner that violated guidelines outlining clear parameters for how to operate the stops.

The rules require a protocol for randomly stopping drivers in which officers can only stop every third or fifth car. On June 28, 2014, officers created a single lane bounded by cones and slowed down a traffic light to steer drivers into the parking lot of a Midas Muffler shop where “multiple citations were written and some arrests were made.”

In Illinois, only about 3 percent of the citations issued during DUI patrols and checkpoints amount to DUI arrests. 90,000 such non-drinking violations were issued alone last year during the stops. In Berwyn, for every drunken driver arrested at a checkpoint, an additional 145 tickets are handed out – mostly for seat belt violations.

Berwyn is a Chicago suburb of only about 57,000 people, yet it issued the third-most citations of any municipality in Illinois during DUI patrols last year – behind only Chicago and Calumet City. The patrols included both roadside checks and other special enforcement operations, and garnered more than 1,700 citations with less than 1 percent leading to DUI arrests.

The National Highway Traffic Safety Administration fund the nighttime patrols with nearly $6.3 million, largely to cover overtime costs for officers, but federal officials do not attach ticket quotas to the grant money. State transportation officials do however.

Illinois transportation officials more than doubled state funding for Berwyn police to conduct nighttime DUI patrols to nearly $60,000 last year, and now require most agencies to issue at least one citation every 60 minutes and to make at least one DUI arrest every 10 hours.

In a department email obtained by the Chicago Tribune, Sgt. Chris Anisi wrote in June that, “Failure to write a sufficient number of tickets will affect the officer’s ability to work future grants” and that “Our goal is three tickets an hour.”

Berwyn police chief Jim Ritz has defended the checkpoints and said his department’s “softer version” of roadside checks is sanctioned by the state. He denied allegations that the stops are being used for revenue generation and to secure further state and federal funding.

“It shows that we’re out there,” Ritz said, “making the streets safer for people to drive on.”

Checks like the June one in Berwyn, that impede traffic, do not follow Indiana Department of Transportation protocol, agency spokesman Guy Tridgell said.

Tridgell says the IDOT allowed departments to conduct another version of “flexible” roadside checkpoints at one time during the last decade but that officers were never allowed to impede or block traffic, and that the stops in Berwyn “would not have fit the definition of a flexible [roadside check.]”

U.S. Supreme Court has sanctioned sobriety checkpoints but the nuances of how they are conducted are still a bone of contention among privacy and civil-liberty advocates.

“It’s very important that there is a criteria for selecting cars that are going to be checked,” American Civil Liberties Union of Illinois attorney Adam Schwartz said. “It’s unconstitutional to have officers picking and choosing who they want to stop.”

When cars are diverted and traffic signals are changed, state transportation officials say that the operations take on all of the makings of a checkpoint which are not authorized as part of state and federally funded DUI enforcement programs.