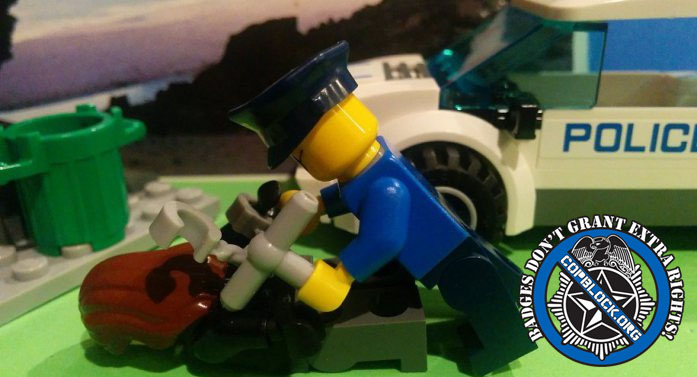 In the wake of various unjustified killings of civilians such as Walter Scott, Eric Garner, Freddie Gray, Joshua Paul, Sandra Bland, among others, police have found themselves under more public scrutiny than to which they are accustomed.

In a rather swift manner, local governments all over the United States took sudden interest in providing police departments with body cameras. Here, an old adage comes to mind – if something seems too good to be true, it probably is. If police departments actually believed body cameras would serve as any kind of hindrance, to curb their powers, or change the state of American policing significantly, they would not be so quick to accept such measures.

Body cameras may sound like a good first step, but the reality is that such measures are equivalent to a band-aid on a gushing bullet wound.

The American justice system is one in which police have qualified immunity, and thus are not subject to personal liability for certain acts taken in the course of employment. When police engage in egregious acts of abuse, they typically charge the victim with assault on a police officer or other crimes, in order to deflect blame and create a legal nightmare for the victim. Those victims then face prosecutors, who also are afforded great degrees of immunity for prosecutorial misconduct.

For the most part, as long as an officer claims he used deadly force because he was in fear for his life, no criminal charges will follow. This is the case even if the victim was running in the other direction; unarmed and laying down on the ground; a hobbling, half-deaf elderly man; lawfully carrying weapons; etc.

At the root of these abuses are fundamental, systemic problems of immunity, government privilege, unjust laws, and limited recourse for victims. Body cameras do absolutely nothing to address any of these serious and practically irreparable problems.

Police already have dash cams, laptops, notebooks, and tools and gadgets of all sorts. If they currently are found to conveniently “accidentally” lose dash cam footage, suffer “technical difficulties,” and write false reports, it can only follow that body cameras will simply be another toy, the use of which will be subject to police discretion, and certainly abuse.

It is a matter of fact that when businesses are guaranteed profits, they will be less responsive to consumer complaints and demands.  It is almost solely the threat of losing money and going out of business that compels businesses to comply with customer’s wishes.

Thus, government entities, which are funded by forcibly extracted taxes, will have a decreased incentive to address “customer” concerns. With the diminished or largely absent threat of lost profits, government entities will continue to exist and engage in inefficient, wasteful, or abusive practices to the extent they can get away with it. The public may grow to outrage on occasion, but there’s not much to be done, since they cannot withdraw their financial support. And usually, all it takes is a bit of lip service and a few empty gestures to keep the public in check.

Body cameras for police are just one example of such meaningless, political, gestures.