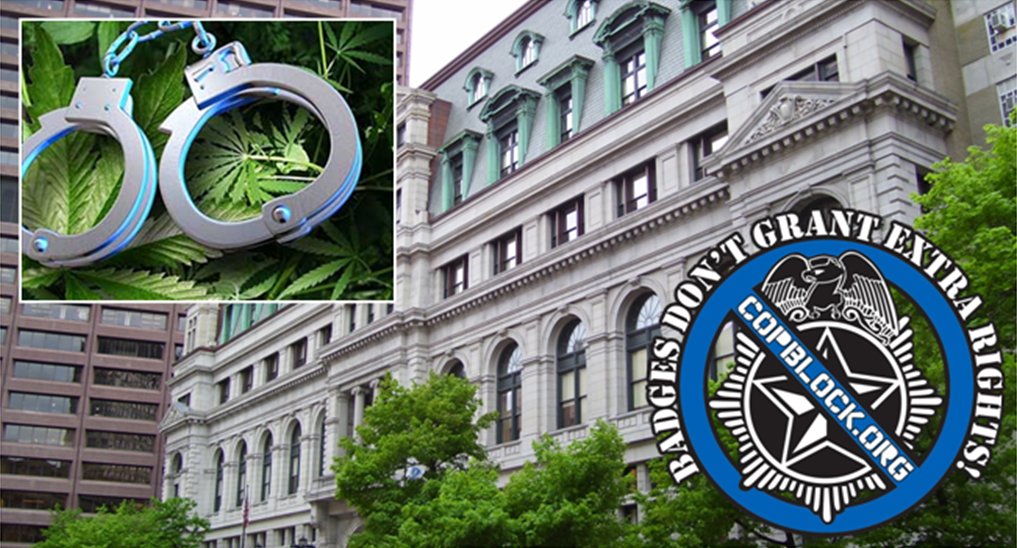 The Massachusetts Supreme Court ruled Tuesday that police cannot preform vehicle stops based solely on the suspicion that motorists are in possession of marijuana.

In the the 5-2 ruling, the Supreme Judicial Court primarily cited a 2008 legislative measure that decriminalized possession of less than an ounce of the drug to a civil violation punishable by a fine in the state.

At the center of Tuesday’s ruling was defendant Elivette Rodriguez, who was a passenger of a vehicle that New Bedford police stopped in 2012 after allegedly smelling marijuana coming from the car as it passed officers on the road.

During the stop, police found a bag containing 60 Percocet pills and Rodriguez was charged with possessing a Class B substance with intent to distribute.

The Supreme Judicial Court ruled that the pills were inadmissable, because the initial stop was not justified. The court referred the case to the district court for “further proceedings consistent with th[e] opinion.”

Justice Margot Botsford wrote for the majority stating, “Permitting police to stop a vehicle based on reasonable suspicion that an occupant possesses marijuana does not serve [the] objectives [of the 2008 law change as it] does not refocus police efforts on pursuing more serious crime.”

Prosecutors in Bristol say they will no longer pursue their case against Rodriguez, and civil-liberties advocates are haling the court ruling as “something that had not yet [been] done.”

Lawyer for defendant Rodriguez, John L. Calcagni III, said that prior rulings dealt only with orders to exit and allow officers search vehicles – whereas Tuesday’s decision – “closed the loop” in determining that police cannot even stop a car based on marijuana possession suspicion alone.

The primary focus of the measure passed in 2008 was to draw officers away from pursuing petty victimless crimes.

Legal director for the ACLU of Massachusetts, Matthew Segal said that the decriminalizing effort made a statement “about how the police ought to spend their time and the taxpayers’ money,” and added that officers pulling over motorists for suspected marijuana possession is “not consistent with the Massachusetts constitution, nor is it consistent with the will of the voters who passed decriminalization.”

In Tuesday’s dissenting opinion, Justice Robert Cordy argued that “there is no constitutionally based reason to distinguish” police stops for traffic infractions from stops for civil marijuana violations which “affect highway safety.”

The fight for marijuana legalization in Massachusetts has been an arduous one. The first medical marijuana dispensary was just opened in the state in June, nearly three years after voters legalized therapeutic use of the drug.

Voters approved a ballot measure in 2012 allowing for the licensing of up to 35 dispensaries to sell marijuana to patients suffering from progressive and fatal conditions like HIV, multiple sclerosis and Parkinson’s disease.

Implementation of the law has all but halted however, with the state seemingly not wanting to issue licenses amid a mountain of regulations and outright refusals to businesses attempting to meet market demand for the medical use of the drug.

In one such case, a judge ruled that a company was improperly denied licenses and ordered state regulators to allow the owners to move forward with plans to open dispensaries in Mashpee and Plymouth.

Massachusetts is even cracking down on so-called “marijuana caregivers” – an occupation sanctioned to fill medical demand by allowing licensed growers to sell the drug to no more than one patient until the dispensary industry blossoms – which by all estimations will not occur due to regulatory impediments.

When asking about the effort to legalize marijuana in Massachusetts – my compatriot Max Sand – who is active with the state Libertarian Party, said that the situation is unique.

“It’s tricky here,” Max said. “They want to be liberal nut-jobs [in Massachusetts,] but they like pot being illegal. Even if a [legalization bill was passed,] the governor I know is opposed to signing to legalize it.”

Two pro-marijuana groups in the state are hoping that’s not the case and are attempting to put forth a ballot measure to legalize the recreational use of marijuana by next year.

You can find out how to support the better of those two proposals in the Bay State Repeal Facebook group.