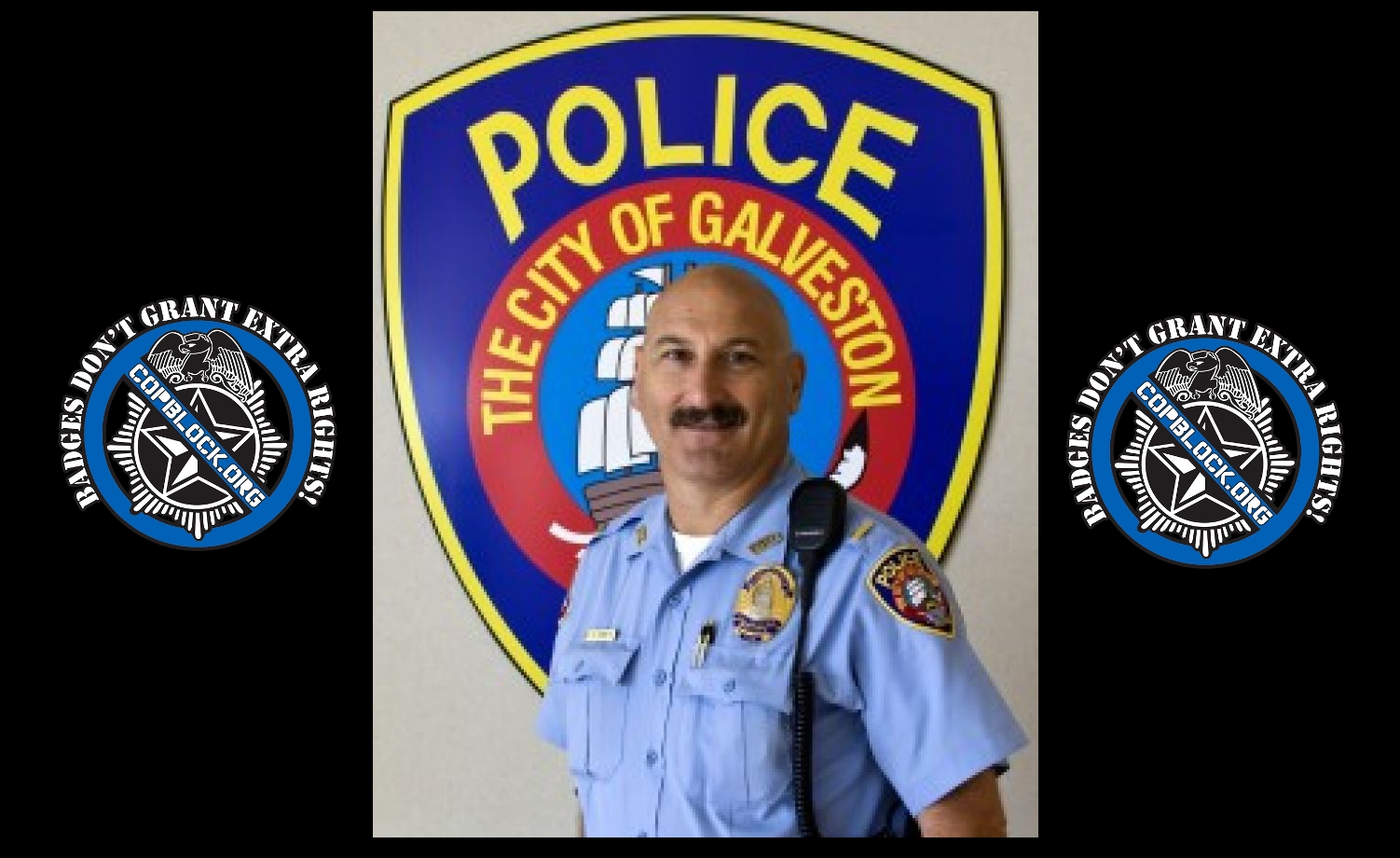 The Galveston Police Department announced today that Police Chief Henry Porretto will retire 30 October 2015, he will be on administrative leave until then.

Porretto was being investigated for a Title VII employment issue. The investigation will end as a result of Porretto’s retirement, avoiding any disciplinary proceedings. Just adding to the number of police officers, and the likelihood of future police officers doing the exact same and get away with misconduct and criminality. Porretto’s actions look suspicious, and the people of Galveston, Texas deserve to know the truth about what happened in their local police department. This is one of many reasons why people have a mistrust and suspicion when it comes to law enforcement officers. The police chief of the Galveston Police Department, Henry Porretto, has been placed on paid leave since September 16th for an “employment related issue.” Although there has been no official reporting, multiple allegations have surfaced, including racial discrimination and sexual harassment of a female fellow officer. No charges have been brought up however and the city of Galveston has named David Smith, a 35 year city employee, to serve as the Acting Police Chief until the inquiry has concluded.

Who knows if Police Chief Porretto will ever be charged with violation of workplace ethics, sexual harassment, or discrimination. Does the phrase Porretto coined, “Protect With Respect” truly represent his own convictions?