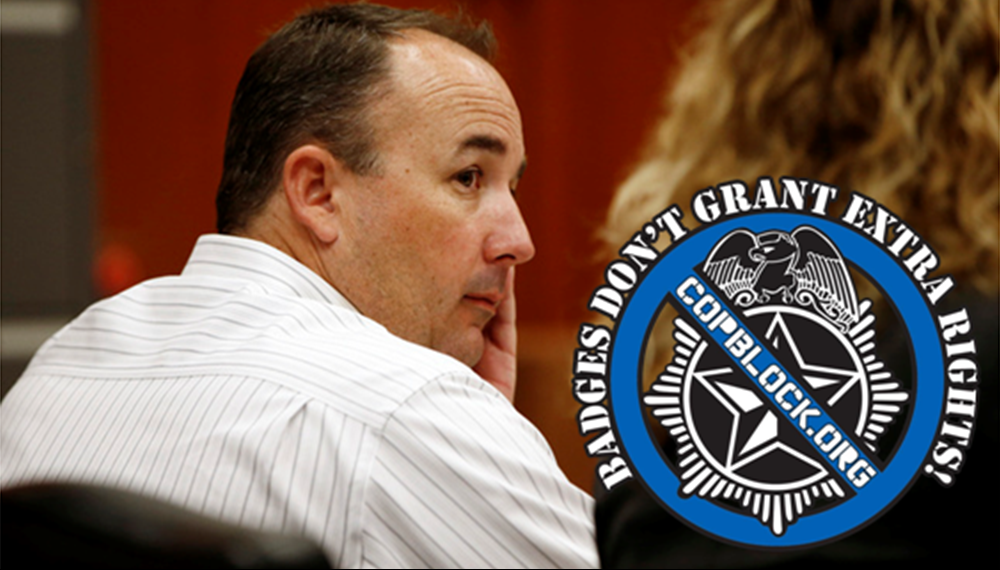 A California police officer charged earlier this year with raping a woman while on duty, has been fired by the San Jose Police Department, officials said Thursday.

Officer Geoffrey Evatt Graves, 40, has been in jail since March when a judge held him over for trial on charges that he sexually assaulted an unidentified and undocumented immigrant woman in a motel room two years ago.

Prosecutors say Graves responded with other officers to a September 22, 2013 disturbance call at a San Jose home where the woman was in a drunken argument with her husband. No violence had occurred but the woman wanted to spend the night in a motel where she worked as a maid.

Graves reportedly waited for a second officer to leave before going to the woman’s room and raping her. DNA evidence later found on the officers bulletproof vest appears to corroborate sexual contact, investigators say.

Graves had been on paid leave receiving approximately $40,000 of his $98,000 annual salary since his March arrest – which followed a five-month Internal Affairs investigation.

His attorney noted Thursday that the officer is innocent until proven guilty and said he thought the departments decision to fire him was “premature.” The attorney added that he is “feeling very confident about th[e] case.”

McCracken said Graves has displayed a pattern of “volatility, lack of impulse control and propensity toward violence.” The charges against him – which include additional enhancements like “use” of a gun, being “armed” with a gun, and unlawful entry  – carry long sentences.

It is not immediately clear if Graves will appeal his termination. The officer also faces domestic violence charges in connection with claims by his ex-girlfriend that he had became violent with her on several different occasions.

Rape and sexual misconduct allegations are traditionally more common among police officers than the rest of the population.

According to the 3rd Quarter Report of The National Police Misconduct Statistics and Reporting Project for 2010, police officers were accused of sexual assault at a rate of 79 per 100,000 cops.

The rate of accusations for the general public was almost three times less with just 28.7 allegations per 100,000 people.

Graves is facing a maximum sentence of 53 years to life in prison if convicted in the case. His trial is expected to begin by the end of November.