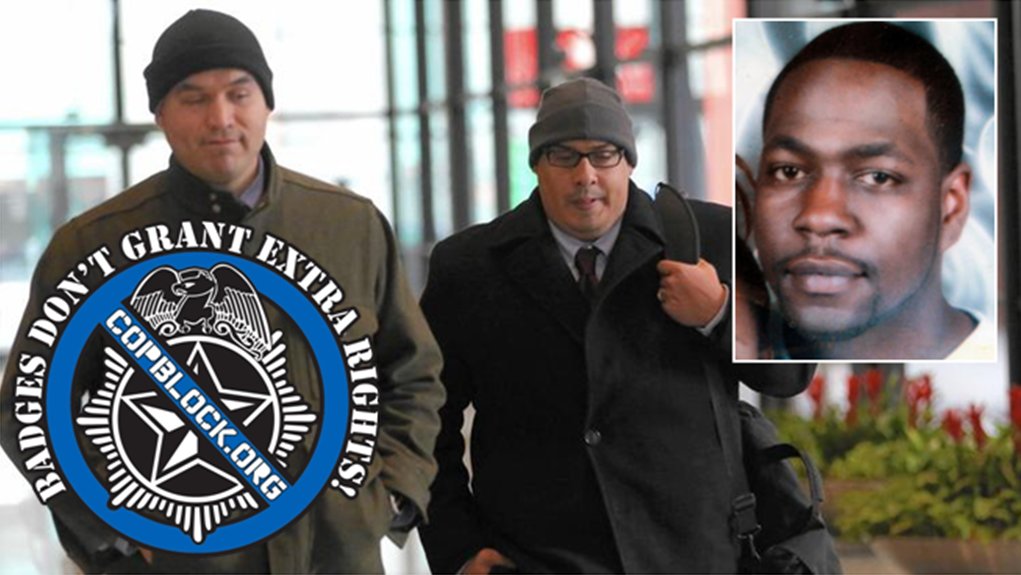 Almost five years after the fatal police shooting of Darius Pinex at a Englewood intersection in Chicago, allegations of a cover-up threaten to reverse a jury verdict in favor of officers.

Officers Raoul Mosqueda and Gildardo Sierra have maintained for years that they stopped Pinex on a night in January 2011 because his car matched the description heard over radio dispatch of a dark green Aurora with a temporary license plate and custom rims, that had been implicated in a shooting.

The officers have repeatedly claimed that they were conducting a “high-risk” traffic stop on the vehicle before Pinex refused orders and put his car in reverse, throwing a passenger from the car and nearly running over one of the cops.

Court records show that Sierra fired at least eight shots at the car as it was backing up and Mosqueda fired multiple times from the passenger side, fatally striking Pinex in the head after he had hit a light pole.

As investigators searched the scene for evidence however, there was confusion about the dispatch the officers claimed they had heard. According to court records, supervisor Sgt. Jeffrey Siwek called an emergency dispatcher over his police radio about an hour after the shooting to ask why the Aurora had been wanted.

That’s when the two ignored police communication protocol and moved the conversation off public frequencies onto their private cellphones and held two unrecorded conversations. Later, while testifying in court proceedings during the case, both Siwek and the dispatcher said they had no recollection of what they spoke of that night.

Pinex’s lawyers have said the cover-up likely began with the realization that the officers needed a reason for the traffic stop so the dispatcher gave Siwek details about an earlier call from the South Chicago District involving an Aurora.

The truth of the matter court records show, is that Sierra and Mosqueda could not have even heard the dispatch because it aired over a different radio zone – a serious revelation that casts doubt about whether or not the officers had the legal justification to stop Pinex in the first place.

“Well, this um, the car we were approaching fit the description of a vehicle that was wanted from a shooting in another district,” officer Sierra told investigators with the Independent Police Review Authority in a recorded interview. “It came across the wire from our… police radios.”

Mosqueda asserted in his statement that he heard about the Aurora in an “all call” message sent to police units citywide. Sierra backed up that claim and said he and his partner came to the conclusion that the car “look[ed] like the vehicle, uh, that was wanted from the shooting.”

In a civil case, Pinex’s family was seeking up to $10 million in damages for the shooting of their loved one but on March 4, jurors awarded nothing and sided with the officers despite mounting evidence that showed they were lying.

“How can you side with somebody who just lied in your face?” Pinex’s mother Gloria said. “They’ve been lying to me for four whole years… But they let them walk, and my son’s gone for nothing?”

At the end of the case however, one of the city’s top attorneys acknowledged under oath that he violated the court by failing to turn over the actual Zone 6 radio recording that went out the night of the shooting – even though he knew about it a week before the trial.

“My thought process was, I want to see what is on that [recording,] ” Senior Corporation Counsel Jordan Marsh said during the case. “You know in retrospect I think I should have, but it just … I wanted to talk to the sergeant and to see whether it was even relevant.”

The recording mentions a different Oldsmobile Aurora that didn’t match Pinex’s car and wasn’t wanted in connection with any shooting. Lawyers for Pinex’s family have since asked a federal judge to sanction Marsh for his alleged misconduct and either order a new trial or overturn the previous ruling.

“The (officers) had no reason to pull Darius Pinex and Matthew Colyer over, no reason to approach with their guns out and fingers on the trigger, and no reason to shoot,” attorney Steven Greenberg said. “Their actions that night were an extraordinary abuse of power, and newly produced recordings and documents show their conduct in the aftermath was equally bad.”

The Chicago Law Department issued a statement on Friday saying that it is “cooperating fully with the court as it reviews this matter,” and maintains it is preparing a detailed response to the allegations for the judge.