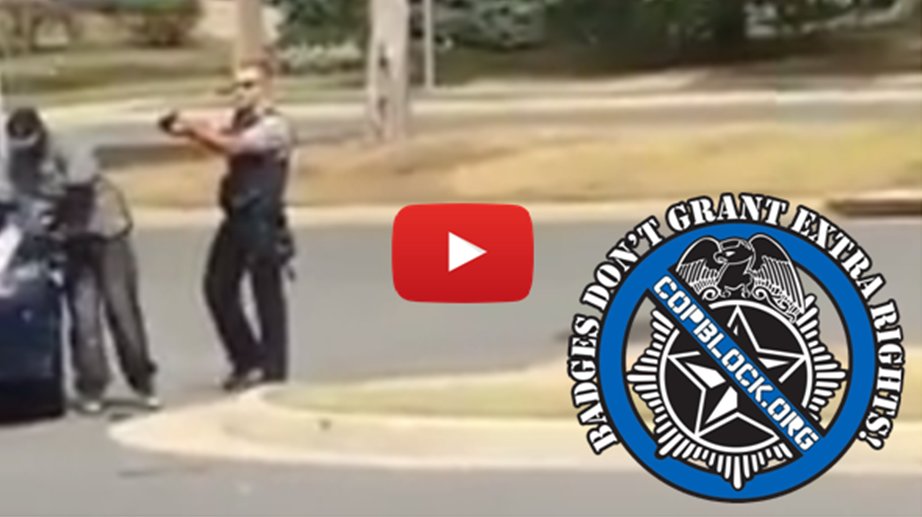 A short video clip has emerged showing a Fairfax County, Virginia deputy tase a man in the back as he can be seen complying with commands to put his hands on the officer’s police cruiser in the Rose Hill area of the Franconia district on Thursday.

Witnesses can be heard protesting the officers actions on the video, and one told local reporters that the unidentified man “did not try to run or nothing.”

“That was wrong,” the witness said. “How the police, unless he was wanted. But if he was wanted, the guy didn’t have to taser him like he did.”

The man who filmed the incident, who has chosen to remain anonymous, said the incident began with “a gentleman just… walking down the sidewalk.”

“The cop pulls up in front of him and tells him to turn over,” the man said.  “As soon as he has his back turned toward him, he tasers him. He didn’t see it coming. He told him to turn around. He turned around he complied. And boom he popped out his taser and he shot at him.”

Police have made no comment about the officers use of force, but say the deputy was investigating reports of a theft and that the man in the clip was later arrested and charged with larceny.

“As soon as the Chief was alerted that this video was out there in existence he ordered internal affairs to conduct an inquiry,” Fairfax County Police Lt. Brooke Wright said.  “They’re trying to find all the witnesses they can to determine what happened… it’s very hard to tell from a… very short snap shot in time, what events all occurred.”

Wright did call the footage “concerning” however, and added that “the community has a right to be concerned… anytime something on its face in that way looks like it’s an unjustified use of force.”

“If the officer is wrong,” Wright said. “He’ll be held accountable.”