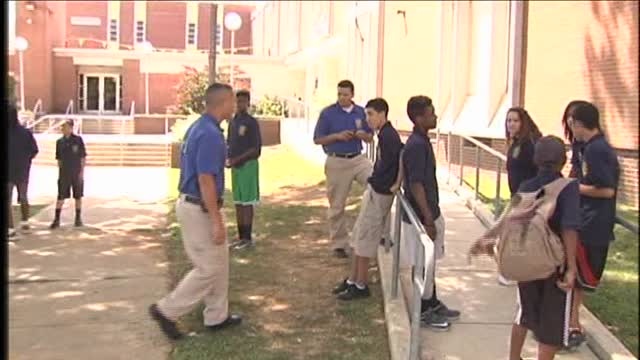 Last week I reported on Allentown students rising up & walking out of class in protest of the poor quality of education they’re receiving and the corruption in their school government. I took the initiative to protect these student’s rights by filming the assistant Chief & Captain, of the Allentown Police Department, giving their word that the students would not be arrested for participating in the protest (so long as it remained peaceful).

APD kept their word that none of these students would be charged with a crime. However, despite the police, city council, & and even the ACLU’s presence confirming they were involved in a legal demonstration, the Chief Juvenile Probation Officer of Lehigh County, Elizabeth A. Fritz, decided to violate all participating students whom were on probation. Not only that, but she chose to wait to arrest them until the last day of the protest, Friday, which also guaranteed that those kids would remain locked up over the weekend.

When I was tipped off on the arrests, I immediately took to the phone lines to find out for myself. However, Lehigh County Juvenile Probation refused to speak with me other than to state they have “no comment” and that it was in the hands of the Chief (whom made the decision to violate the students).

This is blatant abuse of the badge. They’re using children to set an example that if you stand up for your rights, you’ll be punished. We cannot take this without a fight! These KIDS have sat in jail all weekend long with no bail or visits! These students had the balls and organization to stand up to the local government and force the entire area to recognize a real problem. Now its our turn to fight with them.